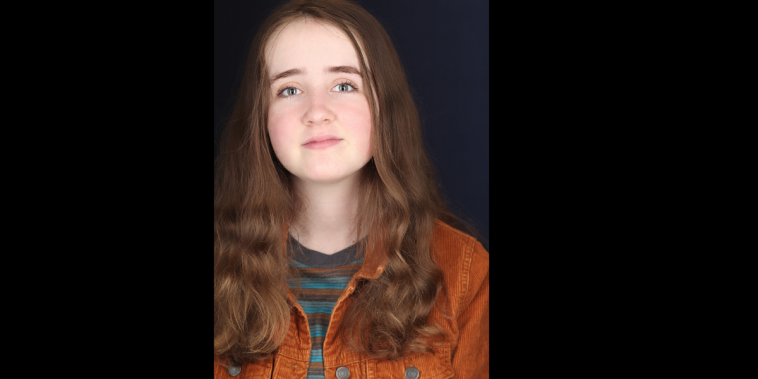 Marion Van Cuyck, an up-and-coming actress, has already connected with countless viewers and a variety of audiences on a personal level due to her unique and vibrant personality. In fact, her role as Terra Newback, a quirky middle-schooler with no filter, almost instantly made her a fan-favorite on the hit HULU series: PEN15. And as Van Cuyck has been successfully landing roles since she was only four years old, it’s evident that the sky is the limit for this young star. In an exclusive interview with CelebMix, Marion Van Cuyck opens up about acting, the new season of PEN15 and more.

What is it like to act in the hit-series PEN15 on HULU? Do you always have a lot of fun on set with the cast?

I always have a blast with the cast and crew on every project. I have met some great people working on the set of PEN15. All of the crew are so cool and creative and supportive. My cast and crew even helped me meet my Girl Scout cookies goal this year.

How did your experience/character on Season 1 differ from Season 2?

For Season 1, I was 11 years old and the baby on the set. I had a blast getting a glimpse at what junior high might feel and look like. For Season 2, we were on location and on great sets, which was super fun and I was actually attending junior high [this time].

Other than your own, do you have a favorite character from the show?

One stand-out episode from Season 1 is definitely Community Service! The line about finding your dress in the river will forever be iconic. Which episode was the most fun for you to film though?

“Community Service” was a great episode to film! We got to work together for a few days and also had photoshoots for our headshots. We also got to work with Laura Kightlinger who is amazing and commented on my comic timing, which was awesome.

How does your own personality differ or connect with your character Terra on the show?

I connect a lot with quirky Terra. I march to my own beat, do what I want, and love what I love. Just like her!

If you could describe Season 2 of PEN15 in only 3 words, what would you choose and why?

Most, Magical, Show. You will have to wait and see on Sept 18th and then in 2021 to figure out what each word represents…

What are your future goals when it comes to acting?

[My future goals are] to keep working and doing as many cool projects as I can. I would love for one to have a panel at big Con.

For fans of your character and your acting in general, what do you want them to know about you that they may not already know?

What tv-show have you binged recently?

The Owl House and I finally watched Stranger Things after working with David Harbour.