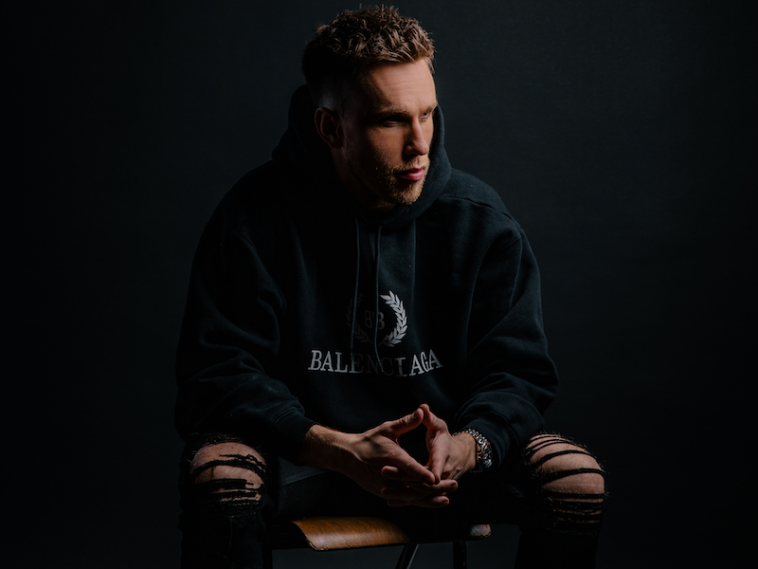 DJ, record producer and remixer Nicky Romero continues to capture the attention of millions under the disguise of his underground project Monocule. Monocule has its own discography dating back to last year which includes the “Nights With You” producer’s smash-hit “You Don’t Know.” “Awakening,” one of the project’s most recent releases, features Sarah De Warren and follows “Ways To Heaven,” a collaboration with British composer/pianist Michael G. In an exclusive interview with CelebMix, Nicky Romero opens up about his new music, collaborations and what the rest of 2021 may hold for fans around the world.

What can you tell us about your brand new single “Awakening” and the process of creating it?

For “Awakening,” I wanted to go really deep. During the production process, the idea of spoken words popped into my mind, as something that would fit ideally, so I sent the instrumental version to my friend Sarah de Warren, and she recorded some amazing spoken-word lines and sent them back.

Has the global pandemic impacted the way that you collaborate and work on your music at all?

Yes, during the pandemic, it was all about digital sessions, Zoom calls, and sending files and ideas back and forth. Since we couldn’t have real-life sessions in the studio, the way of working remotely turned out to be convenient and efficient as people are much more flexible to work from their homes or studios.

How did you decide to feature Sarah De Warren on this track and what was it like working together?

Sarah is already a family member here at Protocol Recordings. She was involved in a lot of the label’s releases already, and now it felt like it was the perfect time to do something together with Sarah. We’re already working on more music together, so stay tuned!

You have collaborated with tons of amazing artists, including Sarah. Who would you like to work with next?

I was recently playing one of the latest Protocol’s releases from Low Blow: “Losing Control.” I’d like to see if I can work together with the talented Spanish duo on something cool.

“Awakening” was released under the disguise of your underground project: Monocule. Why did you decide to name this project Monocule and can listeners expect to hear more music from this project soon?

Spending much more time in the studios during the lockdowns gave me the inspiration to make different kinds of deeper sounds that I wouldn’t normally produce [under] Nicky Romero. It felt right to come up with a new alias, so I decided to play with words a little. Monocle sounded nice, as it had that “mono” part as a contrast to “stereo,” but I decided to throw in some extra letters to make it a unique word. Currently, I have more than 5 new Monocule singles ready, and I’m also working on some really cool collaborations between Monocule and other artists. Hopefully, these will see the light very soon.

Another single of yours, “You Don’t Know,” was released this year under Monocule and quickly became a fan-favorite. What aspect of that track, in your opinion, resonated with so many listeners globally?

It took only a few hours to produce “You Don’t Know.” It’s a dark and euphoric record, but it really goes off when performed live, which of course, I’m really happy about. I think it’s about a mix of its sonic simplicity and the fact it’s a great transition record, which fits many types of DJ sets and also peoples’ moods.

Looking forward to the rest of 2021, you have some performances lined up at festivals around the world. Can fans expect a tour or any more performances popping up soon?

Very fortunate to be already able to tour and perform more and more, especially in the US! I just played at Saga Festival in Romania and at London’s Ministry of Sound before that, so I’m looking forward to coming back to the United States soon. I have so much new music to play. Also, next year we’ll have Protocol Recordings’ 10-year anniversary, so we [are] already thinking about touring with the label to celebrate this milestone with the fans together!