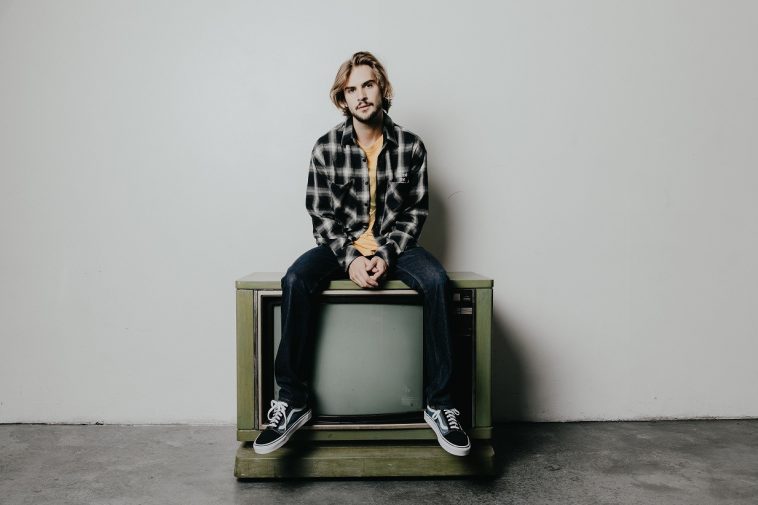 Singer/songwriter RYDYR – also known as Cole Pendery – has just dropped his most recent single “See You Around.” In addition to the release, RYDYR also treated us to an inspiring music video. “See You Around” can now be streamed via Spotify!

The music video sees RYDYR, amongst others, being photographed with masks on. Throughout the video, RYDYR makes his way around the room removing everyone’s mask – signifying that we’re not all the same. Lyrically, “See You Around” discusses that it’s okay to be yourself. Pair this inspirational meaning alongside its bouncy summer vibes, “See You Around” is one to put on your summer playlist.

We wanted to know more about the song from RYDYR himself so we got in touch! We talk about new music, future plans, and RYDYR’s very own record label. Here is what he had to say;

Hiya Cole! I hope you’re doing okay. We’ve had a listen of your new single “See You Around” and are loving it! What can you tell us about it? What’s the story behind the song?

Well, this one was written directly for the fans. I asked one day when I was in the studio what I should write about via Instagram. The most common answer was mental health. So we wrote, “See You Around”.

In this world of social media, it’s easy to feel like you have to look a certain way or post certain things to be liked. We wanted to write a song reminding people to be themselves, cause that’s beautiful.

This is the second single from your 2020 EP – the first release being “Dream Alone.” Both tracks are just lyrically perfect. Where do you get your inspiration from? How do you overcome creative/writers’ block?

Thank you!! Inspiration comes from all over. It’s all about listening to the voice inside. I try not to take credit for all the things I write, rather I’m just a vessel for creative energy.

Finding the relationship with that has probably been the best as far as overcoming writers’ block. If I feel blocked, I don’t write. I move my attention to something else. Live a bit. Inspiration is always soon to follow.

You’ve founded your label “Shadowwood Records.” How is this going for you? What made you want to create your own label?

It’s for sure a new adventure! We wanted to have our own label so we could be in full control of what we wanted to do. Also keeping all ownership of our music was a big plus.

And lastly, it’s always been a dream I guess. I would love to build it up and have a bunch of artists I believe in signed to Shadowwwod and help their careers grow as well!

If an aspiring musician approached you for advice, what would your top 3 tips be?

As you’re a musician, naturally you’re likely to listen to a lot of other artists. Could you give our readers some listening recommendations? Perhaps some artists that inspire you?

I’ve asked you quite a lot of questions already, but I want to know; what’s one question that you wish to be asked in an interview but never do? And by all means, answer whatever question you come up with!

Hmmm, fun one!! I’m not sure – maybe something more personal… like, what matters most to you?

The answer would be – I really just want collective consciousness to rise. I want to leave this a better place. I hate living in a world filled with lies, greed, and battles over the silliest stuff like differences in skin color or what religion you believe in. I feel that we must move past this and remind everyone its time to evolve. Also, vegan tacos are pretty important to me…

Finally, can you tell us about any future plans? What’s the rest of the year looking like? (Or if plans have been put on hold because of COVID-19, what’s 2021 looking like?!)

Well, 2020 tuned into another big creative year. I’ve been writing a bunch!! Hopefully just gonna keep the music pumping out until we can tour again in 2021!! So expect lots of music! And hopefully, videos to go along with them.

RYDYR also used to be in a band “IM5” but now focusses on his solo endeavors. “Touring in an urban pop boy band, learning the ropes, recording, entertaining people, and meeting fans was like my high school,” he says. “The biggest thing I took away is that music is powerful. It unites everyone. It saves lives like medicine. I learned how it can change people. I got a crash course in the industry. I also realized I didn’t need to filter myself; I needed to be authentic.”

Massive thank you to RYDYR for taking time out of his day to have a chat with us! We’re very excited to see what else he has in store for us. Make sure you’re following his Facebook, Twitter, and Instagram for updates on upcoming releases!

What do you think of “See You Around”? Let us know over on our Twitter – @CelebMix