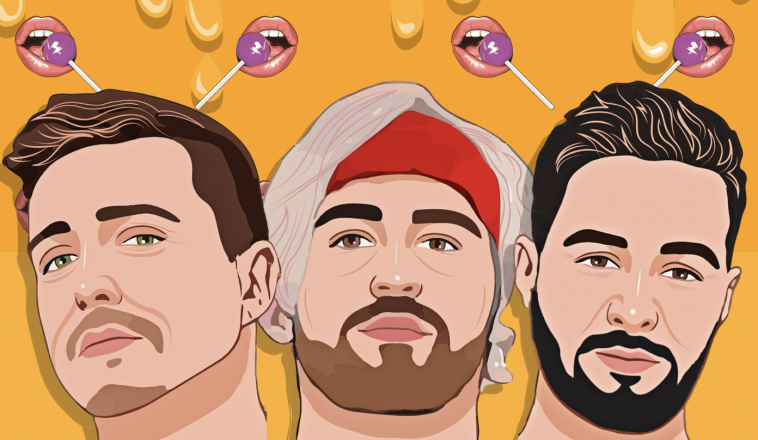 Sevenn just kicked off a brand new chapter of his career with the release of his new single “Chupa,” a collaboration with Blasterjaxx. Once again, the music producer and artist continues to show off his versatility in an effortless fashion. And the release of this collaboration has already garnered international support with over 350,000 streams on Spotify alone just a week after its release. This track promotes Sevenn’s new sound which he describes as “Hybrid Techno” and also gives listeners a preview of what they can expect to hear from him in the near future. In an exclusive interview with CelebMix, Sevenn chats about collaborating with Blasterjaxx on “Chupa,” who he’d like to work with next and more.

What can you tell us about your brand new single “Chupa” with Blasterjaxx and how that collaboration came about?

It was actually two years ago that we created the first version of “Chupa” together. I was at Tomorrowland when one of my buddies pointed out Thom sitting across from us at a backstage area. I sauntered over and cheekily introduced myself. We exchanged contact details and stayed in touch, then started sending iterations of “Chupa” back and forth.

The release got held up with random delays and covid nonsense…[so] fans were getting impatient, accusing us of being teases and, guilty as charged, we did keep teasing them with snippets of it. But now, we have delivered as promised, and we feel all the suspense paid off in the end. It’s just such a bouncy track and has already hit 300k plays on Spotify in just the first three days of being released!

Does this track give fans a preview of your new sound and what they might hear from you in the near future?

My new sound is something I dubbed Hybrid Techno. I actually made a Hybrid Techno cut of “Chupa” in parallel, which is more aligned with the direction we’re heading in. But musically I’m so promiscuous that I can’t promise I won’t come up with Disney Metal or American Sertanejo tracks in between.

Sertanejo is a specific style of Brazilian country music, my favorite. Anyone who tries to tell you it sucks–and the Sertanejo-deniers are out there–is an ignoramus. We hope to release “Chupa – Hybrid Techno Sevenn Remix” very soon…not two years from now!

Speaking of your sound, how do you think “Chupa” differs from what you have released in the past?

Sevenn has never stuck to a very straight or narrow road in terms of style, so while “Chupa” does stand out a little from the portfolio, a lot of the other songs do as well in their own way. We tend to care more about the mood of the song–peppy, upbeat bangers [rather] than compartmentalizing Sevenn within a more specific genre or subgenre and “Chupa” definitely fits this bill. I guess what I’m saying is, we never know exactly where we’re going before we get there, just as long as it’s a fun rabbit hole to go down.

The official music video for “Chupa” is also out! Did you take part in coming up with its concept since it’s animated?

Yes! But my idea was watered down for a more polite society. I suggested gallons of blood exploding everywhere–Tarantino-style cartoon grossness. There would be zombie lollipops running around with giant bobbleheads and just lots of bloody mayhem. So some of that played out in the video, but I’m glad someone had the good sense to tweak it. I don’t know what I was thinking, honestly.

I know you worked with Blasterjaxx on this track…who else would you like to collaborate and work with in the future?

Bjork, even though I’m not worthy. And so many other artists also with WME that I’d just be floored to get to work with, like Brandon Flowers, Kings of Leon and Adele.

What projects or releases can you tease that fans may be seeing or hearing from you soon?

Tiesto, round 2 [and] Jonas Blue round 3! Honestly things are moving so fast here now that Sevenn is under new management, and after partnering up with WME internationally and Plus Talent in Brazil. I can barely keep up. Tons of new projects and opportunities popping up every day. My backlog of work-in-progress tracks is stacked precariously high, so 2022 is definitely going to be Sevenn’s biggest year yet. I feel [like] it’s a springboard year with so much more on the horizon, to the point that I had to mentally buckle up for the ride.