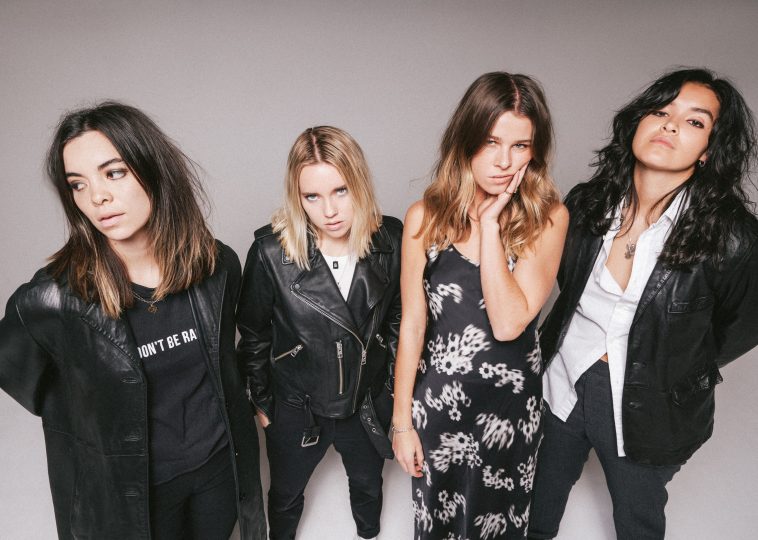 Following the success of their sophomore album, Under My Influence, The Aces recently shared a brand new single titled “Don’t Freak” with listeners. The track is a powerful critique of the evident stigma that surrounds mental health in today’s society and the struggles that come with it. Both the band and “Don’t Freak” were featured on HULU’s popular reality series Exposure. In an exclusive interview with CelebMix, lead-singer Cristal Ramirez opens up about the process behind writing this new single, mental health and more.

What inspired you to write “Don’t Freak” and release it this month?

Struggling with severe panic attacks. How isolating and terrifying that can be. It kind of just worked out that it was released in May, but it’s our perfect way to contribute to the mental health conversation.

This single is being released just in time for Mental Health Awareness Month. Why do you think it’s important for artists to raise awareness about mental health?

We need to be talking about it so we can hold space for those struggling.

How does this track’s sound differ or connect to what listeners heard on Under My Influence?

I think it’s very similar. We worked with our good friend Keith Varon on this track, who also produced our lead single “Daydream” off of our latest album. What I do love about the track that’s different is it feels more powerful sonically with the live drums and the topic is one of the most meaningful we’ve yet to tackle.

“Don’t Freak” is featured on Hulu’s reality series Exposure! What is it like to hear your music on tv and have it connect with viewers as well as listeners?

It’s been really cool to get to be a part of a TV show. It’s something we’ve never done until now and people keep calling me and saying “I saw you on TV!” Which is kind of surreal!

If you could have the track featured in any previously released movie, what movie would it be and why?

Maybe a John Hughes film, something from the late 80”s early 90”s… like Ferris Bueller’s Day Off… that’d be dope.

How has the pandemic impacted the way you write and record?

For a while we were doing Zoom sessions, those kind of suck though so didn’t do a lot of them. Thank god we had rapid testing which made it possible to write and record in person at studios again.

To our incredible fans, keep an eye out for some amazing visuals that are soon to come for “Don’t Freak,” and keep your eyes out for some exciting announcements around a little something that rhymes with “your.”