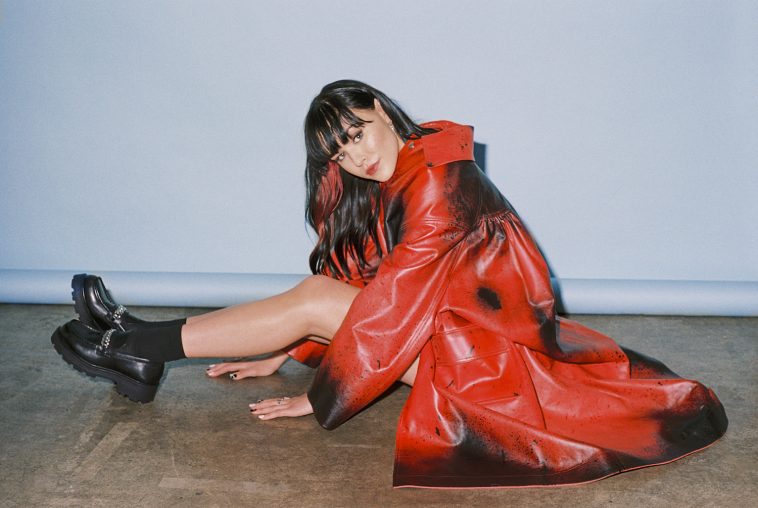 Alternative-pop icon, UPSAHL, is back with new music. Her brand new single “STOP” follows the viral success of fan-favorite hit “Drugs.” The track was used over 2 million times on the popular platform TikTok and even received attention from stars and influencers such as James Charles and Jason Derulo. After releasing her sophomore EP, Young Life Crisis, she was crowned as one of the Top 25 Pop Albums of 2020 by Billboard. Now, the “Drugs” singer continues to catch the attention of millions worldwide with her unique sound and undeniable talent. In an exclusive interview with CelebMix, UPSAHL opens up about new music, collaborations and more.

What can you tell us about your new track “STOP” and the inspiration behind it?

I wanted this song to just be a sexually empowering anthem. I wrote it at a songwriting camp a while back, and the chorus was the first thing we wrote for the song – “my heart’s gonna beat so fast that it might stop.” That anxious and exciting energy that you have when you’re with another person that you’re super attracted to.

How does this release differ from other singles you have shared with listeners in the past?

The production on this song really gets people to move. I had played it a couple times on tour last year and the crowd definitely was bouncing to it differently than some of my other songs. Everybody was dancing!

Your songs have blown up on TikTok over the past year! What has it been like to see how many people are loving your music and creating content using it?

It’s so crazy! TikTok has allowed my music to reach new fans from all over the world. The fact that people who may not even speak the same language as me are making videos to my songs is so rad.

What was it like to have blackbear refashion your hit “Drugs” and become a feature after its initial release?

Getting to work with blackbear was so dope. I’ve been a big fan of his for a while, so having him write a killer verse to a song that means so much to me was awesome.

Speaking of collaborations, who else would you like to work with in the music industry?

Getting to collab with Doja Cat has always been a big goal of mine. She’s such a badass. I would also love to work with Kevin Parker on a song – who doesn’t?

Dropping more music of my own and also featuring on some other really cool artist’s songs. I haven’t done any features yet, but excited about these ones that are coming out. Oh, and I’m announcing my first proper LiveStream soon!