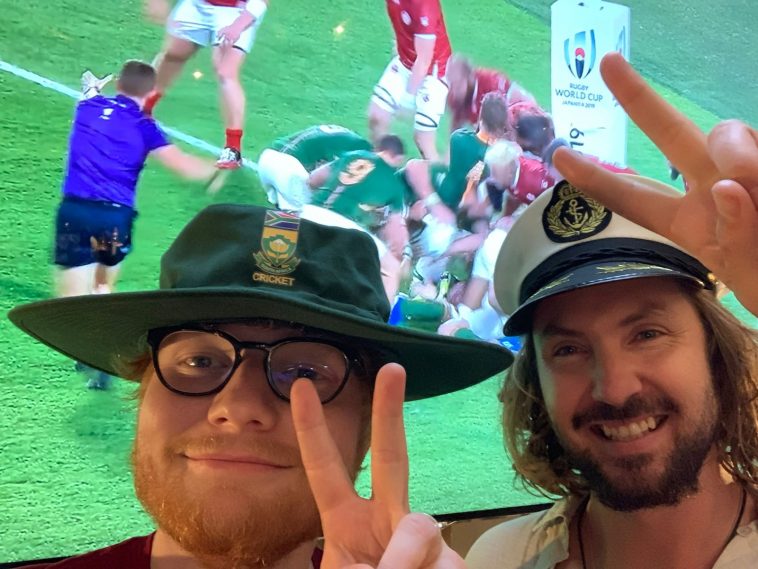 We love new music here at CelebMix so we are super excited to share the video for Better Together. It’s the latest release from Jeremy Loops which has been co-written with an absolute dream team of Ed Sheeran, Johnny Mcdaid, Steve Mac and Jeremy.

Ed and Jeremy first met at Ed’s private party following his first stadium South Africa show. After Ed said he was a Jeremy Loops fan, he joked that Loops was the better loop artist and suggested they write together! Jeremy jokes. “Very kind, but not true! But we are very similar artists, in many aspects of our jobs. We spent the night hanging out and talking shop, and he suggested we write together.”

Talking about making the video for Better Together, Jeremy says “Making this music video was some of the most fun I’ve had all year. Combining super slow motion cameras with trampolines and loads of props is right down my alley. I feel like we really managed to capture something beautiful that speaks to the heart of the song; a beacon of hope in tough times that says we’re “Better Together”. Pure vibrant joy!”

The single release comes alongside the announcement of Jeremy’s long-awaited third album ‘Heard You Got Love’ – an album of head-bopping anthems perfect for sunny days ahead. The record also includes a very special collaboration with his childhood favourites Ladysmith Black Mambazo called ‘This Town’, which was released last year.

Jeremy is a self-taught musician that picked up his first guitar in university. As his love for writing grew, the South African penned melodies while working aboard superyachts, where he worked his way up from deckhand to yacht master. Obsessed with squeezing music into every day on shore and evening on deck, Jeremy’s trusty loop pedal followed him around his tour of the seas.

Whilst working closely with the water, Jeremy was shocked to see the volume of waste in the industry. It is this experience that fuelled one of his many initiatives, Greenpop, the eco-project that has filled 400 green-free spaces with over 150,000 trees.

As his career quickly developed, Jeremy has worked hard to offset any carbon emissions from touring and constantly puts social responsibility at the forefront of his movements.

The long-time activist founded The Big Food Drive to deliver food supplies to some of the poorest communities in South Africa. The crowd-funded campaign built a food distribution network with other partners that contributed toward 55,000 meals per week for 6 months for those in need.

Jeremy has carefully merged these values into each corner of the record. He says, “This is the album I’ve always wanted to make and my hope is that some of the things I’ve written about will mean as much to others as they do to me. Every song speaks to something I care deeply about.”

Jeremy will set sail around the globe once again this year for his 2022 tour.

Let us know if you love the video for Better Together as much as we do on @CelebMix!