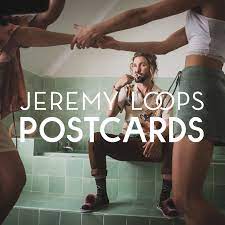 Jeremy Loops has dropped the music video for his catchy new track Postcards.

It’s a track that just screams summer.  Co-written by Jonathan Quarmby and produced by Cam Blackwood. The single’s inspiration comes from the relationship pressures of traveling for work and the realities of having a long-distance relationship.

The music video was co-directed by Anna Telford and Jeremy whose second time it is directing a project. The video aptly portrays the feelings conveyed in Postcards.

Shot in a series of big dynamic rooms, in an old manor house in Cape Town, decorated by a team of artists and stylists, it shows the turbulent ups and downs of relationships, you see love, fighting, fun, and some amazing choreography and dancing ubiquitous with Jeremy and his music.

Talking about Postcards Jeremy says “Postcards is a song about the ups and downs of relationships, people feel like they are alone when they suffer difficulties in relationships, it’s more common than people admit. This isn’t a sad song, it’s a song about acceptance and accepting that difficulties are often part of the journey to finding that solid connection. It’s a very upside-down world we’re living in right now. It’s hard to see people agreeing on anything, but this is one thing I feel like everyone can agree on. Sometimes we just can’t live with or without each other.”

Let us know what you think of the video on @CelebMix!