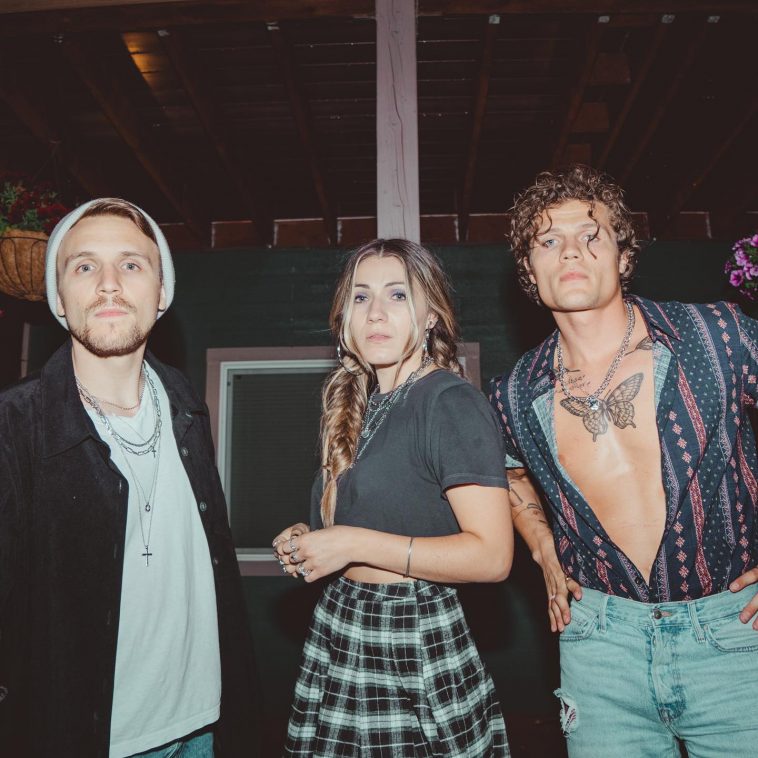 After capturing the attention of millions on America’s Got Talent back in 2018, We Three released their self-titled debut album, an EP and their sophomore album Dear Paranoia, Sincerely Me. One of the stand-out songs on their 2019 EP, We’re All Messed Up – But It’s Ok, is a powerful track titled “Sara.” Recently, the sibling-trio decided to release a music video and team up with mental health non-profit: To Write Love On Her Arms with all proceeds being donated to the non-profit. The goal of both the video and song is to break the stigma surrounding mental health. In an exclusive interview with We Three, the group opens up about creating the music video for “Sara” and more.

What inspired you to write Sara originally?

Most all our songs come from real feelings or experiences that we’ve had. This one was a difficult song to write. I [Manny] had the first and second verse which I played to the guys. It was very intense and I knew how it should end but it wasn’t an easy writing path to get there. The message behind the song is that we should be aware of ALL the Sara’s around us. Taking life for granted can mean missing the pain others are going through, so this is a song that despite its lyrical pain is actually a shout out for awareness.

You guys decided to team up with the mental health non-profit, To Write Love On Her Arms, for this video. What can you tell us about that?

It was very organic for us. They’re a great organization doing such important work, especially right now with the world coming out of quarantine and mental health struggles being so high. Our music deals with mental health a lot and when Sara was so well received back in 2019, we knew that we needed to partner with someone to try and impact as many people with this message as we could. Communications started between us and them and it was a clear fit…we’re grateful for the opportunity to partner with them and support their work!

Do you have a highlight that stands out from this experience?

When we first released the song, fans would take it and share on their socials with captions that encouraged their friends to reach out if they needed anything. So many people encouraged each other and started checking in on their friends to make sure they were ok; it was an unexpected and overwhelming response. It’s a highlight every time this happens! Just the other day a fan, who has become a good friend of ours, opened up her DMs for anyone who needed to talk. To see our We Three community taking care of each other like that is more than we could’ve dreamed was possible.

What has the response been like from listeners and viewers so far?

Overwhelmingly positive. It’s a hard subject to talk about but we’ve found that bringing it up in a safe space helps to de-stigmatize it and people have really seemed to appreciate it.

“Sara” was originally released in 2019. Why did you decide to share the visual for this track now?

We always wanted to put visuals to “Sara” but it just didn’t seem right at the time, maybe we didn’t have the vision yet, [we’re] not totally sure…but we decided to wait and let ideas simmer. After our album, Dear Paranoia, Sincerely Me, I think it sort of became clearer how we should approach it… not totally sure why. Once we decided on the initial vision, everything fell into place very quickly.

How does this video differ from the others you have shared with fans in the past?

Our music tends to deal with tough issues and this one may be the most intense. We knew going into it that because of the intensity of the topic, we needed to be especially intentional how we ended it. That’s why (and for the first time) we had a sort of epilogue to the video with resources for anyone who’s struggling with depression or thoughts of suicide.

When it comes to the rest of this year, what can your fans look forward to seeing from We Three?

Lots more music and in-person performances! We’ve got so much more music to share and we can’t wait to get out and see everyone again. It’s been too long. We love you all and we’ll see you soon!