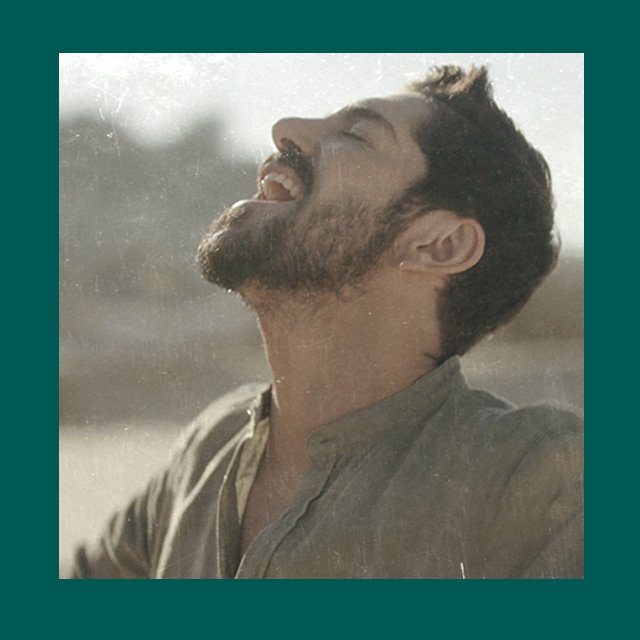 Wissam Hilal is the pop sensation from Dubai who has been making huge waves with his music across the globe. Born and raised in Syria, Wissam moved to Dubai to pursue his musical dreams and is now signed to Universal Music MENA.

Over the past few years, Wissam has impressed with numerous releases including ‘Harmony’, ‘Change Is Gonna Come’ and ‘Distortion’. Now, he is back with his first release of 2020, ‘This Feeling’.

We caught up with Wissam to talk about his new single, his musical story so far as well as what he has in store for the rest of the year.

You have just released your new single ‘This Feeling’ – what can you tell us about it?

This is a very special record for me. My second collaboration with Grammy winning producer and singer-songwriter S-X as he produced, wrote and composed the record.

The song talks about a one-sided love story where the man is trying to convince his crush of how much he loves her and cares for her, even though she doesn’t want him. There are exotic positive vibes throughout the entire song which makes it unique.

Why have you chosen ‘This Feeling’ as your first release of 2020?

This is gonna be my lucky charm. I’ve believed in this song since the first time I heard the demo back in 2019. It touches me deeply and it even helped me use new vocal singing techniques. It just made me sing my heart out.

What was the creative process like? How long did it take for the song to become the finished product?

S-X is a perfectionist, he has worked on it for a couple of months even though he was busy touring. When I got the final demo I was impressed with how beautiful the track is.

It took me three months of recording. I spent 20 hours recording the back-up vocals alone. I wanted to take my time and enjoy the process at the recording studios with my talented vocal producer Elvis Garagic which I owe a lot for helping me sing it the way I did. The creative process is why I love making music, magical times.

What’s your favourite lyric from the song?

Where did you get inspiration from to shoot this music video?

When I sat down with my team to brainstorm an idea for the music video, we all agreed that it should be easy and effortless. Just me dancing and singing on an abandoned beach on a partially cloudy day. Full of happiness and hope (even though the lyrics tell otherwise). Imagining what it would be like to be running with her on the sand as if we were actually together.  It needed to be simple.

You’re currently working on your debut album – what kind of themes and sounds can we expect on it?

You should be expecting various types of themes from party, breakup to uplifting positive inspirational tracks. The main genre is going to be Dance/Pop but I have produced/written a couple of Indie pop and Disco Funk songs which I am so excited about.

What is your first musical memory?

Recording a cover of “Happy Ending” by Avril Lavigne. I was really young back in the day and I couldn’t even speak proper English. I just managed to haha.

Growing up in Syria, you had a more difficult upbringing than most. How did your childhood inspire you to get started in music and pursue your dreams?

It was actually really hard and was even impossible to be able to dream.  The idea of being an international pop performer seemed to be like a joke to almost everybody I shared that with. But I always knew that I have a gift, A gift of not caring about what others thought or told me I should be. I left Syria at 18 and went through a very tough journey but things happened the way I wanted them to eventually. I always knew that the success I wanted is not something I can find in my country.  Watching Ricky Martin and Enrique Iglesias performing always gave me hope and inspiration (they are my idols).

From charting in the UK to appearing on billboards in Times Square, your music has reached people all over the world. How does it feel to know that your music has already made such an impact?

It feels like this is all a dream, a beautiful dream. Charting in the top 10 UK charts is not something I could even dream of. It definitely makes me feel really happy but my ambitions are way bigger than this.

I know this may sound a little cliché to say but my goal is to spread happiness throughout with my music. Music helped me survive my tough life early on, it gave me hope growing up. It gave me happiness and purpose. I’m also gradually using my platform and influence to help others in many ways such.

You’ve achieved a great deal in your career already. What’s been your biggest highlight so far?

There are too many to be fair. I appreciate each highlight equally. The biggest for me were charting in the top 10 UK pop chart, seeing my music videos on MTV and headlining NRJ Music Tour.

Who are your musical influences?

Your manager is Mams Taylor, who previously worked with Lady Gaga in her early days. What is he like to work with?

I love him beyond words, he is like a brother to me. He helped me back in 2017 when I was too down, frustrated and I did not want to make music anymore. He actually has a great taste. He knows what a hit song would sound like. I rely on him 100% with my music choices.

Living in Dubai, how has the city inspired you?

This city gave me safety and love. It was like the guardian that gave me the right foundation to build my career on. I would have not made it without Dubai I guess.  The land of opportunities and dreams!

The world is living a huge chaos right now, I want to be optimistic though. I hope all these crisis come to an end. I’m also looking forward to releasing many new tracks in 2020!

Thank you to Wissam Hilal for his time. ‘The Feeling’ is available to download and stream now.