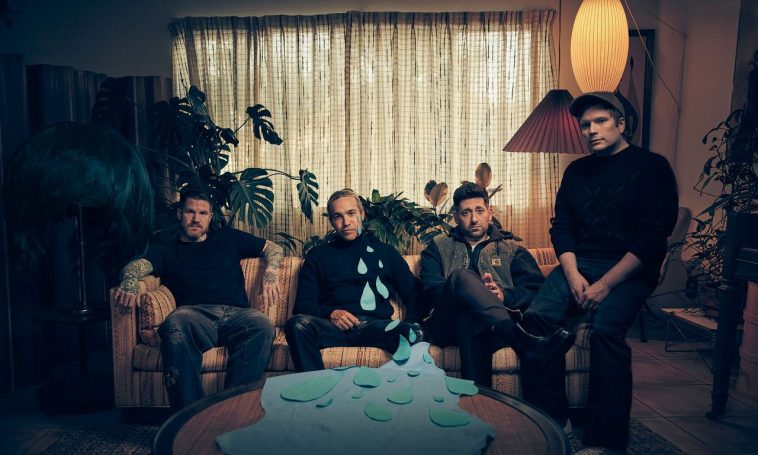 American rock band Fall Out Boy start 2023 on a high, with the news they are to release their first studio album in five years, ‘So Much (For) Stardust’.

Set to drop Friday, March 24th the record serves as the band’s eighth studio album, and sees them reunite with renowned producer Neal Avron, whom they’ve worked with on three previous albums (‘From Under the Cork Tree’, ‘Infinity on High’ and ‘Folie à Deux’).

Of teaming up with Avron, frontman and guitarist Patrick Stump says in a press release: “Neal not only taught us how to make records, but has a unique capacity to really take time and focus on a record. We thought it was a no-brainer to work with him again, on a record where that was very important to us, and he was gracious enough to agree to work with us.”

Whilst adding of the album: “Technology has made it really easy to make records much more quickly these days. There’s nothing wrong with that, and that spontaneity can be exciting. But we wanted to get back to the way we used to work. We wanted to make a record that was really lovingly crafted and deliberate and patiently guided – like someone cooked you a delicate meal. I’m not a very proud guy, but I’m pretty proud of this record.”

Alongside the news of the albums release, the group share the music video for the projects lead single ‘Love From The Other Side’. Directed by David Braun and Open The Portal, watch the fairytale inspired clip below:

Additionally, So Much (For) Stardust will be released on Fueled By Ramen/Elektra – Fall Out Boy’s first album with the label since their 2003 debut album ‘Take This to Your Grave’, which celebrates its 20th anniversary on May 6th.

“Our band has been an ongoing art project for twenty years and we know there have been many inception points along that journey,” bass guitarist Pete Wentz says. “We wanted to create an album that merged those points together – something new, but carved from our foundation. Fueled By Ramen and Elektra seemed like the perfect home for this.”

“We’re incredibly excited to welcome back Fall Out Boy to the Fueled By Ramen family. It’s been twenty years since the release of their debut album on Fueled By Ramen, and it’s a true pleasure to be working together again. Growing up in Chicago, I had the privilege of watching Fall Out Boy play DIY venues around the city, eventually growing into the global superstars we know them as today,” VP of A&R for Fueled By Ramen/Elektra Johnny Minardi adds. “They are a truly special band that has altered the landscape of rock music and who continually evolve with each new release. They have made an incredible album and we can’t wait for the world to hear it.”

‘So Much (For) Stardust’ is available for pre-order now.

Let us know your thoughts on Fall Out Boy over on Twitter @CelebMix now!