Rapper Skate Maloley’s concert in New York ended early after he, as well as his tour crew and fans, were assaulted by security. 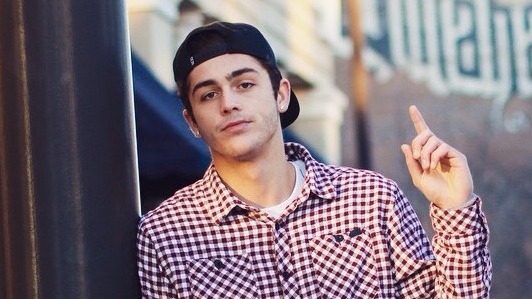 In videos surfacing social media, you can see fans getting tased, people getting shoved and beat up, and the artists on the floor being kicked by venue security. What started all of this remains a mystery, with a different story coming from each person who attended the show.

After everyone got outside of the venue, videos show Skate going to his fans and crying out. Clearly upset about what had happened. He later took his comments to Twitter, explaining “Never would I have wanted this for my fans. I show nothing but love and peace to everyone I encounter. Tonight the devil was against us.”

So far what we know is there was possibly one more serious injury, everyone else made it out with a few bumps and bruises. The performers had only played two songs before this all started, and it was the venues security, not the tours.

Boston’s scheduled concert for the 21st, was cancelled because of the incident. Both the New York City show and the Boston show will be made up.

Many other celebrities including Nash Grier, Jack Gillinsky, Jack Johnson, Matthew Espinosa, and more took to Twitter to express their feelings and comfort towards all who were affected.

Webster Hall, the venue in which all of this took place, released a statement on the morning of the 21st, commenting “Saturday’s incident is being fully investigated, as there are misreports about what took place. Webster Hall’s staff do NOT carry tasers and are not armed. They carry strobe flashlights. The safety of all guests is always our primary focus.”

When the incident becomes clearer, we will be here to update you, so make sure to keep checking back to CelebMix. How do you feel about all that’s happened? Let us know by commenting below or Tweeting us @CelebMix