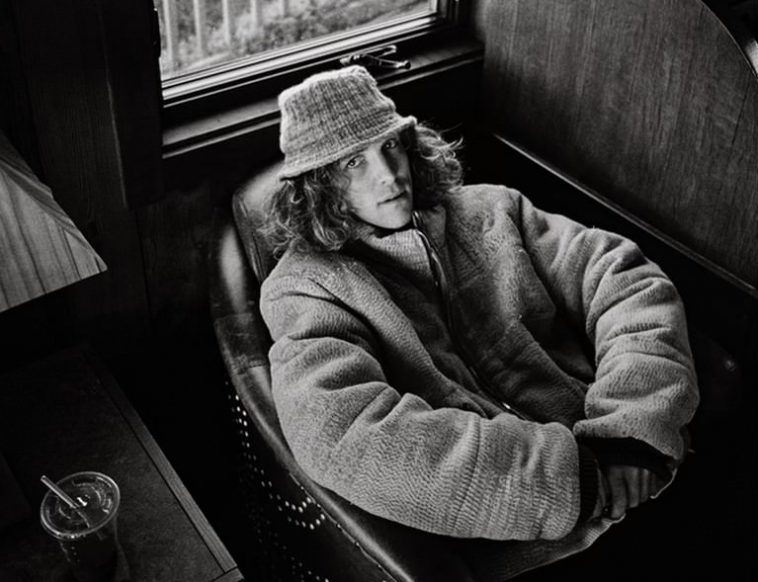 Using this as a chance to press the reset button, Felly has released his new album, “Bad Radio”. This marks his first independent album release since parting ways with 300 Records, last year. This album follows up the two singles released from this LP, the title track “Bad Radio” and “Me and my Gang”.

Felly, real name Christian Felner, is an LA-based rapper, singer-songwriter, musician, and producer. He grew up in Connecticut and discovered a variety of artists thanks to his siblings and step-family. At the age of 13, he began making beats on an MPC500 which inspired a new-found creativity within him, five years after his father passed away when he was just 8 years old. He then launched a YouTube channel which saw him grow his following building a dedicated fan base. Moving to LA to study music at the University of Southern California, Felly met Gyyps and Jake Standley who quickly formed a collective known as 2273 Records, the name of which was inspired by the dorm room number where they collaborated on music together. Felly went on to release a series of mixtapes and EPs, before dropping his debut album, titled “Surf Trap”, in 2018 on Sony Records. He followed that up with “Mariposa” in 2020, and then later dropped “Young Fel 2” the following year on 300 Entertainment. Now, back as an independent artist, Felly is writing, recording, playing, and producing the music that he wants, recreating his creativity with the intention of releasing music that sounds like the sort of music he listens to, and this is where his latest album, “Bad Radio”, has come from.

“I wanted to move away from the more ‘banger’ type records that everyone usually gasses me up on,” Felly shares. “I wanted to make something that sounds like what I listen to.”

“This album is a journey of a man leaving the comfort of a relationship and going out on his own into solitude – into the cold of the world,” Felly shares. “It also all have had winter themes behind it. Each song is winter in the sense that it’s a dying of some sort. I grew up in Connecticut and the winters played a big role in who I am and what I like.”

Created with the help of his friend and executive producer Danny Shyman (Duckwrth, BabyJake), “Bad Radio” starts off with the “intro” which transports the listener right into a car trip journey as we hear a car engine ticking over and chatter in the background before someone turns a radio dial, retuning it to the right frequency, with the latter part of the track including the rhythm from the next song, almost as if the person tuning the radio has tuned right into the next track. The title track, “Bad Radio” is played next, full of trippy vibes as alternative rock guitar chords and Felly’s passionate pop vocals as he sings about the loss of love and being alone. The third track is “Mirror” which softens out the rock vibes from the previous track, slowing down the guitar melody and adding some orchestral strings creating a slow ballad as the lyrics paint a self-reflection image of being alone.

Switching up the album is the fourth track, “Listen!”, which is a psychedelic anthem that showcases Felly’s awesome falsetto in the chorus with strong words sung during the verses including an unforgettable soft-rap that easily makes this stands out. Transitioning into indie-EDM, Felly impresses production-wise with “Nothing Ordinary” as he sings about wanting to get us high – we’re sure this is exactly what this song is doing. “No Tears Left To Cry” brings back the alt-rock guitars with an addictive rhythm that has an acoustic air about it which compliments Felly’s acoustic vocals perfectly, this track is full of emotion and passion that has a busker-like style to it which would certainly make this one epic song to watch Felly perform live.

“Just Choose One (Interlude)” follows next and it’s an open dialogue from Felly who discusses the difficulty one faces when tuning into the radio and you hear a song you really like but you can’t quite get the station, and instead you hear static throughout the track, what do you do? Felly shows that he is smart with this interlude, as he asks a question of the listener with integrity and true interest, and then correlates it back to love, making the listener then correlate the whole album to love. It’s clever and a perfect interlude to precede “East Side”, which features Oliver Malcolm; this song has an addictive guitar rhythm which matches the coldness of the words of the track as they sing about being cold on the East Side but also inside themselves as if their hearts aren’t fully working, just like how static on the radio can disrupt a functional song. The ninth track is “Me and My Gang” and it keeps the acoustic style of the entire album, yet brings a hip-hop beat that has really made Felly his name wrapped around positive lyrics with a chilled vocal.

“Son of a Gun” takes the slight country vibe of the previous track and turns it into the top-line melody fuelled by acoustic guitars as Felly goes in deep with the lyrics, opening up to his fans and allowing the listeners to hear more of his story. The album, “Bad Radio”, ends with “in the meantime (Outro)”, which is a sonically induced track that is stripped back and calming with lyrics painting themes of loneliness and love lost, unsure of life as a whole. It’s a great way to end the album as it is relatable to his fans as we’ve reached the end of the album and therefore stuck in the meantime until he drops more new music.

Check out his most popular tracks on Spotify here:

“Bad Radio” by Felly is available to download and stream across all platforms, right now, via 2273 Records.

Let us know what you make of “Bad Radio” by Felly on Twitter @CelebMix.