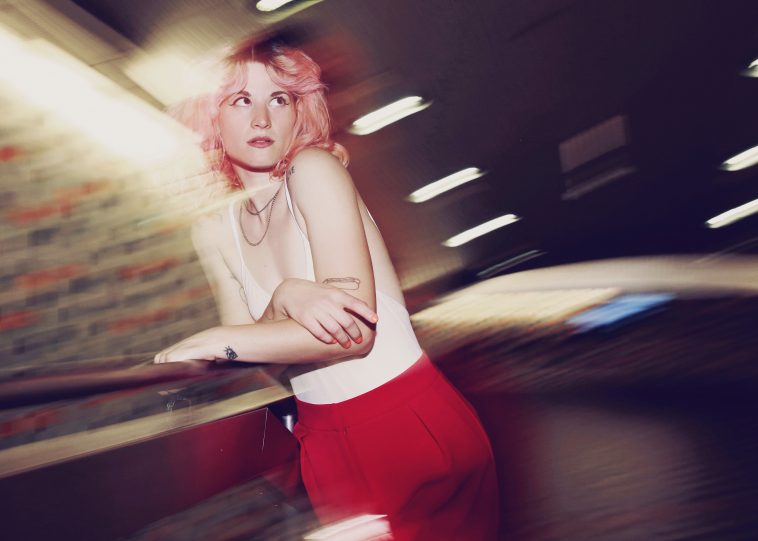 Party Nails, the brainchild of Elana Carroll, is recognized for her unique brand of quirky indie-pop music. With the offering of her sophomore album You Don’t Have To Go Home But You Can’t Stay Here, her music has evolved into a more ambient, nu-disco sound, but still possessing that distinct eclectic flair. The 12-track release touches on personal topics such as nightlife, disconnection from others, love, and vices.

One of the highlights of the album is “Beer Lust”.  The track is unique with its trance like laid-back electro vibes. Detailing Party Nails’ bender with booze while on tour, the singer shares this about the track. “I’m proud of this one because it’s so different from the other things I’ve made, but it’s the truth of how I have felt, and feels exactly like being back in those moments.”

“Cut To Bleed” is an empowering feminist anthem that perfectly portrays love and acceptance for the female body including the miracle of menstruation. She sings, “But the obstacles I’m facing and living every day will all be fine.” Though we all face tests and challenges in our lives, females are strong enough to withstand anything.

The album concludes with the minimalist sound of  “Dream Closely”. The track highlights Carroll’s stunning, soft yet fierce vocal tone. A poignant narration of drifting apart from someone you once felt so connected to and long to feel that closeness once again.

Growing up in Chatham, New York Elana began performing at open mic nights.  With the transition to Los Angeles, the singer-songwriter premiered her first single “Break” and from there went on to release other indie pop bangers as well as headline a North American tour in 2017. Constantly collaborating with notable artist in the indie scene including Battle Tapes, Getter, MitiS, she continues to grow as a songwriter and performer.  Take a listen to the striking new album You Don’t Have To Go Home But You Can’t Stay Here now.

Stay in touch with Party Nails on her Instagram!