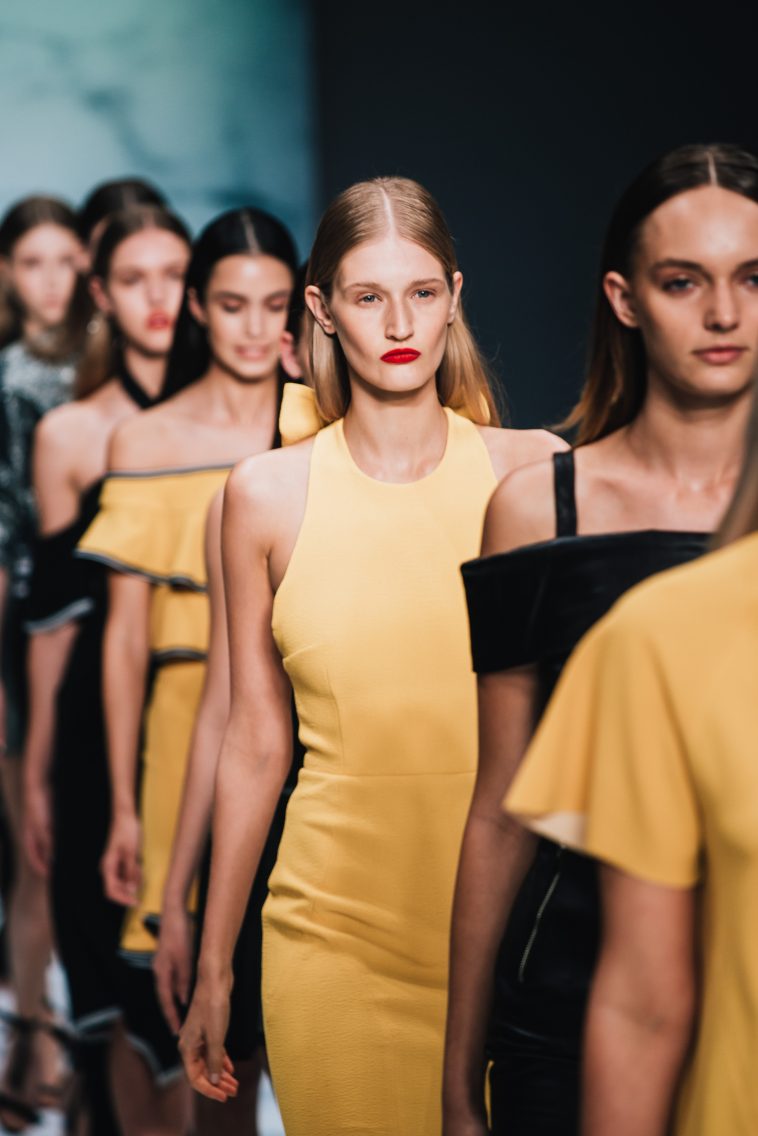 It’s a small world and it appears that there are a number of well-known celebrities who have tried to branch out beyond their own fields, with varying degrees of success.

While it’s true that some individuals; from the fields of music, film or just reality tv stars, have tried their hand as fashion designers purely by virtue of their name, others have actually excelled in their new found creative ventures.

Here are five celebrities who have proven to be very capable in their own right, in the fashion industry.

In another life, some 20+ years ago, if someone had predicted that ‘Posh Spice’ would become a hugely successful, award-winning, fashion designer. It’s likely they would have been laughed out of the building.

It turns out that the former Spice Girls singer, if that’s an accurate description, has become arguably an even more successful designer and launched her first design label back in 2008 and has grown from strength to strength and her designs are regularly displayed at all the major fashion weeks worldwide.

Indeed, contrary to initial impressions, Victoria has become a much bigger success than any of her fellow Spice Girls.

This multi-talented singer/songwriter/actress is another fashion icon who appears to have been around for an age, but is surprisingly still just 33-years-old.

Her legion of fans follow her every move and when it comes to the massive leaps she’s made in the fashion world, it’s fair to say that her stardom has only expanded. Duff has had fashion lines with DKNY and has a range of accessories that are deemed must-haves.

She is considered something of a queen when it comes to accessories and her moves into the eyewear industry have proven similarly successful to everything else she’s ventured towards.

Her super chic eyewear range, including stunning eyeglass frames for women, is just another example of how a star in the creative arts can, occasionally, morph into a style siren.

The somewhat eccentric rapper has been a design success of some note ever since his first foray into the fashion world in 2005. In 2009 he collaborated with Nike to bring us the now legendary Yeezy collection, which he has run successfully ever since.

He made a similar splash when he partnered with Adidas in a similar vein and while his music career has stalled and his marriage to Kim Kardashian hit the buffers, Kanye’s sneakers continue to be much celebrated.

One imagines that when his career in music comes to a halt, which doesn’t look like happening any time soon, he’ll perhaps become even more well known as the man behind some of the best-selling, and most expensive, sneakers ever sold!

The exceptional singer has always had an eye for fashion and while her early career revolved around the clothes she adorned to premiere’s and other social occasions, she has now made big strides in the fashion world.

In 2007 the singer broke onto the scene with her massive hit Umbrella, which went number one in 13 countries, and has gone on to sell millions of albums both as a lead singer and as a featured artist. It turns out also that the sexy siren knows how to make a splash in the fashion world also.

In 2019 the Barbadian launched Fenty, which has proven a smash hit, making Rihanna a fashion celebrity in her own right and the accessory aspect to her line has been a particular success.

The twin actresses first came to the world’s attention as youngsters on the Disney channel and have embarked on successful careers in the acting world ever since, with their sister Elizabeth proving a big success in the Marvel universe.

The pair started their own fashion brand way back in 2006 and haven’t looked back since, indeed they are still a fixture on the fashion week circuit and have a long career in this field to look forward to.

Indeed the Mary-Kate and Ashley ‘look’ is now a well-defined style all of its own, at one time referred to ‘ashcan’, their almost ‘boho-chic’ style has evolved over the past decade or so and they have managed to reinvent their fashion persona while remaining relevant to the scene as a whole.

The former soccer star is of course married to the aforementioned Victoria Beckham but is also a fashion icon himself. Even before he gave us his playing career, before becoming the owner of MLS side Inter Miami, Beckham was a model of some note and has chosen to use this to help launch his own fashion line.

Beckham was at the top of his soccer game during his lengthy career, which saw him line-up for the likes of Manchester United, Real Madrid, PSG, AC Milan and the LA Galaxy, a move that helped to re-launch the Major League Soccer brand.

This selection of celebrities who have successfully broken into the world of fashion is proof that with the right critical approach to fashion, and an eye for style, it’s possible to be a champion of one form of entertainment, or sport, AND be able to turn your name and brand into a fashionable triumph.