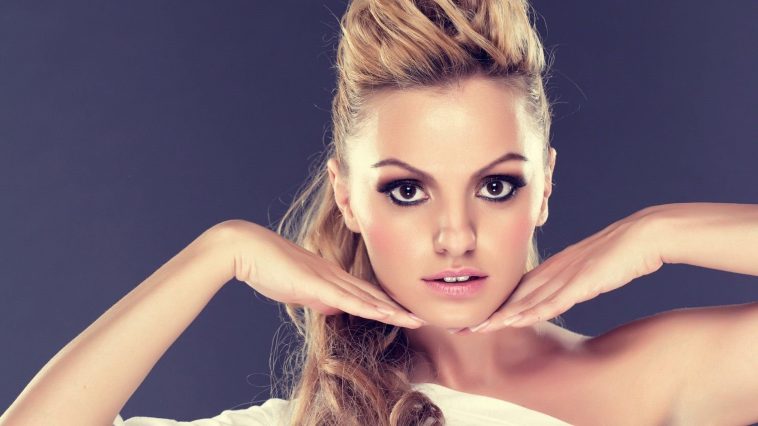 This week marks CelebMix’s five year anniversary so what better way to celebrate than to write about some of our favourite celebrities, this article is dedicated to Alexandra Stan and her brilliant music videos.

She launched into the music scene whilst European dance was massive and had an international hit with “Mr Saxobeat”, and Alexandra Stan has continued to release unforgettable music videos ever since. She’s been in the music industry for 11 years now and is one of the biggest Romanian female singers in the world.

Alexandra Stan has dropped some amazing visuals over the years, so let’s delve into our five favourite music videos from her.

Well, we had to start with the song that made her an international success. This song went viral when it was released, charting all over the world. The music video was shown all over the music channels, with Alexandra Stan getting locked up and then later escaping. It sort of runs onto her follow-up music video, “Get Back (ASAP)”.

Alexandra Stan – Thanks For Leaving

We just had to include this one, it was a turning point in Alexandra Stan’s career after parting ways with her previous boyfriend-manager who she took to court where she accused him of assault. It was a hard time for her, and this song and its music video was a total moment for her. The storyline follows the breakdown of a relationship. It’s great to see a narrative visual from Alexandra Stan, and there’s plenty of stunning shots intercut throughout.

How can we not include this one in our list? It was completely iconic. Two of the biggest Romanian female singers coming together to sing an unstoppable number and enlisting one of the biggest Latin rappers to the track too. How was this not a worldwide smash? Not only was the song pure fire, but the music video was just as good, set within the club, both singers exude sexiness, and there’s even a choreographed dance scene. This was everything!

What a clever music video this is, so much so that it is truly unforgettable. Not only that, but it’s even more genius now that people are quarantined and in lockdown, as many people are away from their loved ones, so imagine being able to jump into VR and spend time with those people you love. The visual follows Axel Muñíz and Alexandra Stan in separate countries but engaging in a long-distance relationship with the use of VR headsets where they get to see each other and spend time together.

Highly influenced by Japanese visuals, this one came out of nowhere and was for her Japanese fans, and it’s undeniably fun. A pure performance piece that has full choreography throughout, which Alexandra Stan not only nails but also completely enjoys, “Cherry Pop” is one music video that makes a lasting impression for all the right reasons. Alexandra Stan looks like she had fun on set, filming this, and it really shows to the audience watching.

What are your favourite Alexandra Stan music videos? Let us know on Twitter @CelebMix.