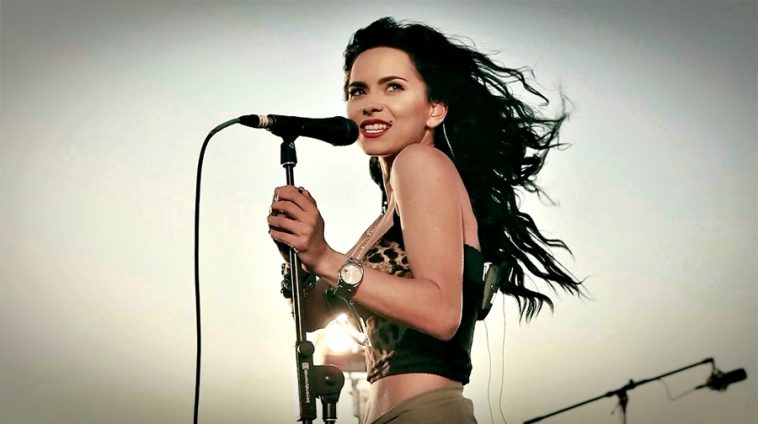 This week marks CelebMix’s five year anniversary so what better way to celebrate than to write about some of our favourite celebrities, this article is dedicated to INNA and her live performances.

For the 12 years that INNA has been in the music industry, she’s always managed to wow people whenever she gets up on stage. Her live vocals are incredible and she always gives a brilliant performance, whether it’s on a stage, at a radio station, on a roof, or in a street. She’s even performed some brilliant covers over the years.

There are so many performance videos we could choose that it’s going to be extremely difficult to just choose five, but we’ll do our best. Here are our five favourite INNA performances.

“In Your Eyes” Performance At The Wright Venue, Dublin, Ireland 2016

Of course, we had to start with this one, mainly because we were actually there, watching the performance. Much to the bouncers’ disapproval, INNA jumped into the crowd and refused to get back on-stage, instead, she instructed them to join her amongst the crowd and part her fans so she could meet them all and sing “In Your Eyes” right in front of them. It was literally a perfect end to a perfect show and she returned on stage and gave the performance her all. This is a total must-watch.

Back in the early ’10s, INNA did a series of “Rock The Roof” performances all over the world where she would literally perform a song on the roof of a building in a big city. This performance of “INNdiA” in Istanbul, Turkey is her most-viewed “Rock The Roof” performance on her YouTube Channel, raking in over 110 million views. We loved this series of performances as we managed to see some beautiful cities and their surrounding areas, and we can just imagine INNA’s amazing vocals projecting across the city. It’s also great to hear her songs stripped back, compared to the upbeat club studio tracks that we’re used to hearing.

“Love Yourself” Cover Originally By Justin Bieber Performed Live In 2016

We just had to include a cover within our top performances. It’s rare that INNA sings a cover at her concerts, especially since she has released six studio albums and many many singles, but there is the occasion when she does, and her cover of Justin Bieber’s “Love Yourself” is unforgettable. There is an unreleased studio version of her cover knocking about too, which is just as amazing. She has such an appreciation for other artists’ songs and that is clear in every song she has covered. With this performance, she easily puts her heart and soul into it, whilst also asking the crowd to sing it with her.

“Low” Live On The Street In Barcelona, Spain

In much the same fashion of “Rock The Roof”, INNA gave busking a go by doing some random “Live On The Street” performances. These were a total surprise, and it’s amazing that she literally just performed on the street, an international superstar who was selling out gigs over Europe was singing her songs on the street. We could watch these again and again and it’s amazing to see people watching, cheering, and videoing her performance.

In a total unexpected video release, INNA dropped a performance of “Nirvana” that she did where she took over the offices of Virgin Radio Romania. This looked like total fun, and it truly looks like she had free range and just went for it. This soon became a series in its own right through the Global Records artists, as Antonia also did a couple of takeovers. We need more of these!

What has been your favourite INNA performances? Let us know on Twitter @CelebMix.