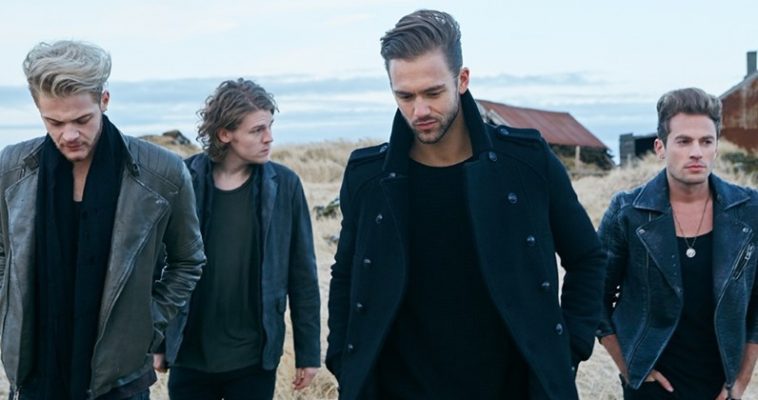 Just last week, four-piece pop-rock band Lawson announced that they are reuniting and will be releasing a new single this Friday (April 17).

The band – made up of Andy Brown, Joel Peat, Ryan Fletcher and Adam Pitts – first rose to fame in 2012 with their debut single ‘When She Was Mine’ and went on to achieve five UK top 10 singles and release two studio albums.

Lawson have been on hiatus for the past few years however, they’re now back and ready to take on the music industry once more.

Here at CelebMix, we’re incredibly excited about the return of Lawson so to celebrate their reunion, we’re throwing it back to five of their best singles!

Released in July 2013, ‘Brokenhearted’ was taken from the reissued edition of Lawson’s debut album Chapman Square. Charting at number six in the UK singles chart, it also featured a guest verse from American rapper B.o.B, marking their first collaboration.

‘When She Was Mine’ was released as Lawson’s official debut single all the way back in May 2012. Armed with an earworm chorus, this infectious track peaked at number four on the UK singles chart and marked the beginning of an incredible career for the band.

Released as the fourth single from Chapman Square, ‘Learn To Love Again’ narrowly missed out on a top 10 spot in the charts. However, that doesn’t change the fact that it’s a rousing anthem with a soaring chorus which makes you want to jump around and sing along at the top of your lungs.

Charting at number three in the UK, ‘Juliet’ is Lawson’s highest charting track to date (along with ‘Taking Over Me’). If anyone knows how to deliver an anthemic chorus and pre-chorus, it’s Lawson, and they once again deliver on this track – we guarantee you’ll be singing ‘SHE KNOOOOW’ for the rest of the day. The music video also features an incredible heist with model and actress Kelly Brook starring as Juliet.

Quite possibly Lawson’s greatest song, it’s no surprise that we’ve chosen ‘Standing in the Dark’ as our number one. A fan favourite and a BPI silver certified release, ‘Standing in the Dark’ is full of poignant lyrics, stirring guitar riffs and iconic singalong ‘DARK, DARK’ moments. In our minds, this is one of the most underrated ballads in recent pop history and deserved the success it received and so much more.

What’s your favourite Lawson song? Are you excited for their new single? Let us know on Twitter @CelebMix