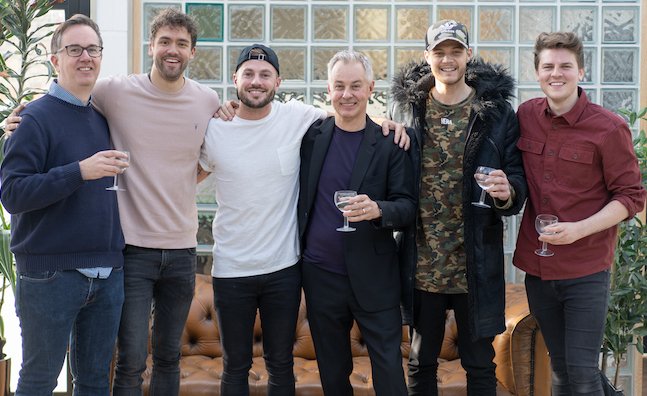 Pop-rock band Lawson have announced that they are making a comeback and will be releasing a new single next Friday (April 17).

News about the band’s reunion first came to light earlier in the week when Music Week revealed that the four-piece had signed a deal with Cooking Vinyl.

Speaking about the signing, Rob Collins, Cooking Vinyl MD, said: “I met the guys late 2019 and was impressed by their vision and understanding of where they fitted in now. We just chatted for about two hours and really hit it off. The music wasn’t too bad either!”

Andy Brown, lead singer of Lawson, added: “It feels like day one. We’re very excited and can’t wait to try and make the best record of our career. The music industry has so many different ways to re-connect with and create fans nowadays.”

Since then, the band – made up of Andy, Joel Peat, Ryan Fletcher, and Adam Pitts – have confirmed the news on social media with a hilarious documentary about what they’ve supposedly been up to during their hiatus.

The end of the video also confirms that they will be dropping a new single on April 17.

Lawson first rose to fame in 2012, hitting number four in the UK charts with their debut single ‘When She Was Mine’. The band gathered a strong fanbase through their own headline tours as well as supporting the likes of The Wanted, Will Young, and Jessie J.

They released their debut album Chapman Square in October 2012, with a repackaged ‘chapter two’ edition being released the following year. The album included the hit singles ‘Standing in the Dark’ and ‘Taking Over Me’, whilst the repackaged edition also featured the likes of ‘Juliet’ and ‘Brokenhearted’ featuring B.o.B.

In 2015, Lawson released ‘Roads’, which was taken from their self-titled EP. The following year, they released their second studio album Perspective, which included the tracks ‘Money’ and ‘Where My Love Goes’, the video for the latter saw Andy proposing to his now wife Joey McDowall.

Since then, the band have been on hiatus and working on their individual projects. However, they did seemingly test the waters for a reunion in 2018 when they held a one-off gig at the O2 Shepherd’s Bush Empire in London, playing Chapman Square in full.

Now, with just one week to wait, new music from Lawson is just around the corner. Music Week also confirmed that they’re currently working on a new album so we can expect much more from Andy, Joel, Ryan and Adam in the coming months.

Are you excited that Lawson are reuniting? What’s your favourite song from the band? Let us know on Twitter @CelebMix