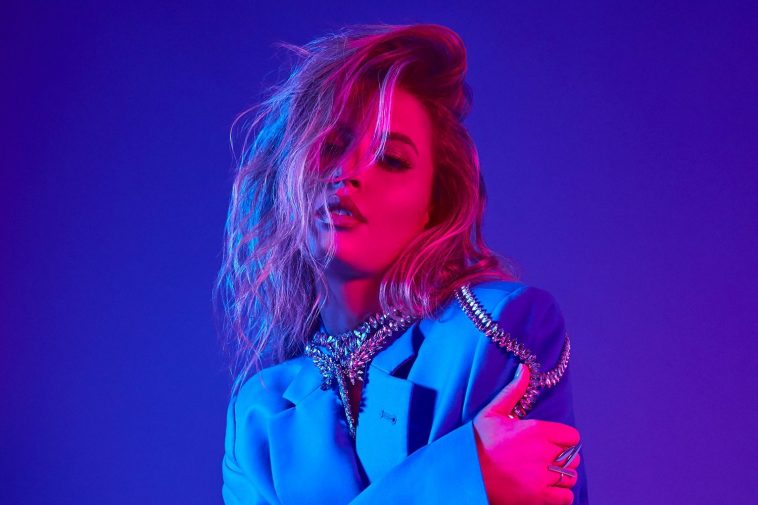 Fletcher has been keeping fans on their toes throughout quarantine with surprise announcements, releases, and videos, all for her upcoming project: The S(ex) Tapes. The singer-songwriter posted a trailer to her social media pages to set the tone for her EP out later this month.

The trailer follows the theme of heartbreak and the need to heal, leaving a steady relationship to work on yourself. Videos flash with an undertone of song clips while Fletcher gives a voiceover. She takes us on an honest journey of her disdain for upcoming uncertainty. “I don’t know what the future holds or who it holds for both of us,” she says, “but what I do know is that I need to sit in the silence to find it.”

Fans have already gotten a taste of the EP with multiple songs and their accompanying visuals, the first being “Bitter,” released back in May. It was a song that Fletcher originally had no intention of putting out, but once a portion of it featured in an episode of The L Word, fans demanded a full studio version. After finishing the production of the track with Kito via FaceTime and shooting a homemade video, “Bitter” was finally out. Its playful lyrics paired with catchy melody make it a piece of pop perfection.

While “Bitter” was technically the first song off the EP to be released, the era of The S(ex) Tapes truly kicked off with “If I Hated You” in August. Fletcher calls the song “the best visual representation of what the whole EP looks like and feels like.” The breakthrough pop artist always likes to keep things honest but with this release, she got even more emotionally transparent, revealing she quarantined with her video making ex to create the visuals for this whole project and has continued to cite “shot by my ex” on her social media posts to ensure you don’t forget it.

Just when we thought we couldn’t get more in our feelings, Fletcher dropped “Feel” – a powerful song about not wanting to miss your ex. The singer announced the track with a tweet saying, “feel is going to be available to stream at midnight wherever you are. That’s all I’ll say, the song can say the rest.” The emotional tune did do the rest as Fletcher wore her heart on her sleeve like always. Her vulnerable and honest lyrics are what connects her with her fans. “My heart is fragile right now, but sharing this with you will help me heal,” she wrote on Instagram, “life isn’t perfect, neither is love. We’re all just tryna figure it out.”

Just last week, Fletcher dropped her latest song, “The One.” This single will serve as the final release before the new EP comes out on September 18th. The bop will certainly keep you occupied until The S(ex) Tapes finally arrive.

Check it out down below and let us know what you think @CelebMix on Twitter!