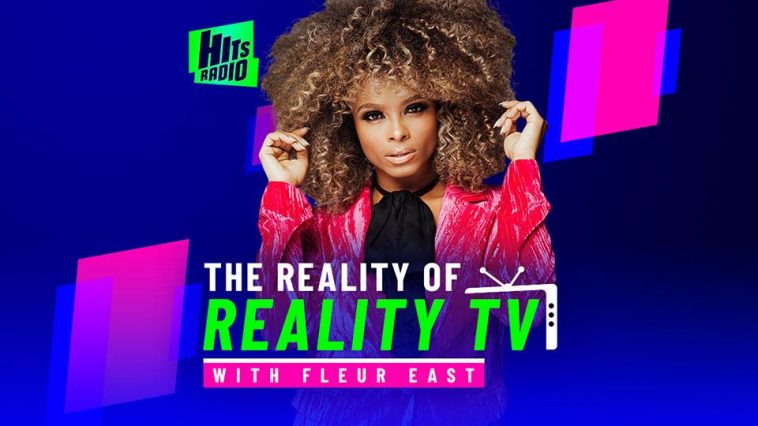 Singer and Hits Radio presenter Fleur East has launched her very own podcast called ‘The Reality of Reality TV’ – offering no holds barred conversations with famous faces and fellow reality stars to uncover the truth behind some of our favourite TV shows.

A reality TV veteran herself, Fleur first stepped into the world of reality TV back in 2005 when she competed on The X Factor as part of girlband Addictiv Ladies. The group made it to the live shows, however, were voted out in the first week.

Fast forward to 2014, and Fleur took on The X Factor once more, this time as a solo artist. Wowing the judges and the public each week, Fleur made it all the way to the grand final, where she placed in runner up position.

She has since ventured into other reality TV shows, and took part in I’m A Celebrity, Get Me Out Of Here! back in 2018, where she finished in fourth place.

Combining her personal experiences and her love for reality TV, ‘The Reality of Reality TV with Fleur East’ will see the songstress and her guests revisit their best, worst and most real moments, whilst asking some of the questions we’ve always wanted to know the answers to when it comes to our much loved shows.

The first episode was unveiled today and sees Fleur chatting with RuPaul’s Drag Race UK winner The Vivienne. The Liverpool drag queen spoke in depth about her Drag Race experience, including having to wait a whole seven months for the series to be released after filming, and her advice for future queens auditioning for the show.

The Vivienne also spoke on ‘The Reality of Reality TV with Fleur East’ about being cut from her first TV appearance, Britain’s Got Talent, why you shouldn’t blame the edit in a reality show, what she considers as the worst part of reality TV and toxic social media culture.

You can listen to ‘The Reality of Reality TV with Fleur East’ here.

What do you think of ‘The Reality of Reality TV with Fleur East’? Which episode are you most excited to hear? Let us know on Twitter @CelebMix