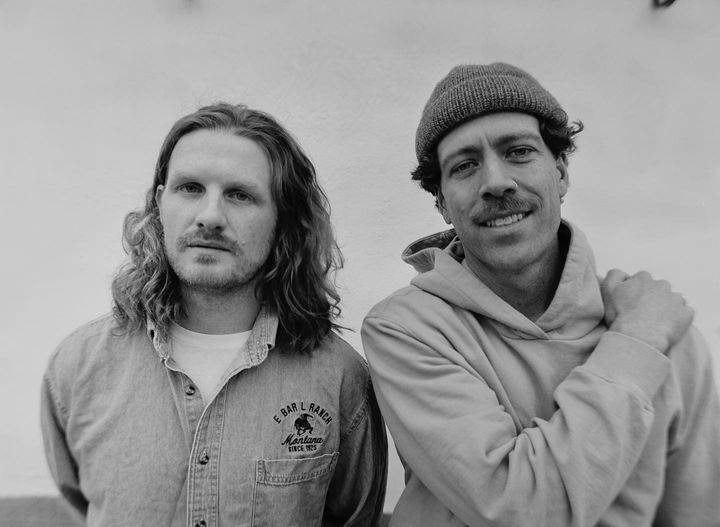 Experimental indie-pop duo, FRENSHIP, have dropped an absolutely addicting new single titled “Songs For The Weekend”. The track is set to be one you can’t help but add to your favourite playlists. The track follows up their previous single “Cry (Let It Out)”.

FRENSHIP are a two-piece group consisting of James Sunderland and Brett Hite who hit worldwide success in 2016 with their song “Capsize” in collaboration with Emily Warren. They are known for drawing inspiration from the last few decades and blending it all into contemporary pop songs that are set to embed in one’s mind. Their debut album, “Vacation”, was released in 2019, a few years after their global hit, and now their venturing into a new era with their latest tracks, showcasing their renewed energy and creativity.

Written and produced by FRENSHIP, themselves, “Songs For The Weekend” is a rhythmically technically catchy track that is experimental pop at its finest, with a compelling hook and an unforgettable chorus. It’s carefree and it’s fun, really unlocking the core values of FRENSHIP and passing that freedom onto their listeners. The lyrics are impactful allowing them to follow through with their nonchalant vibes and relaxed energy, easily making everyone who hears this feel at ease and very serene – this is one track that makes us start believing in ourselves as we sing along.

Watch the lyric video to “Songs For The Weekend” by FRENSHIP here:

Talking about the track, James Sunderland said: “‘Songs for The Weekend’ came about last winter at Brett’s lake house in Idaho. He was backing up his car and it has this great backup tone/sound, kind of like a high-pitched hum. I became a little obsessed with it so we recorded it on my phone and threw it into the session and the song was born. You can hear this sound at the beginning of the song and throughout the choruses.”

They continued by saying, “Unlike a lot of our songs, this one was written by just the two of us in Brett’s cabin overlooking the lake at sunset. It came from a moment of pure enjoyment—we just had fun with it and didn’t overthink much. The main line, ‘we just write songs for the weekend’ actually started out as us joking about writing songs for the artist, The Weeknd. It developed from there into a song about how we don’t matter, in a good way. Sometimes we take ourselves too seriously and can forget we just make music. This song is an ode to how beautifully non-essential we are. It matters what we do, but it doesn’t, really. And that’s freeing and kind of amazing to us.”

Stream “Songs For The Weekend” on Spotify here:

“Songs For The Weekend”, by FRENSHIP, is available to download and stream right now across all platforms. In support of their new music, the duo are set to go out on tour in November and December, make sure you get tickets, as we bet they totally bring it on stage.

Let us know what you make of “Songs For The Weekend” by FRENSHIP on Twitter @CelebMix.