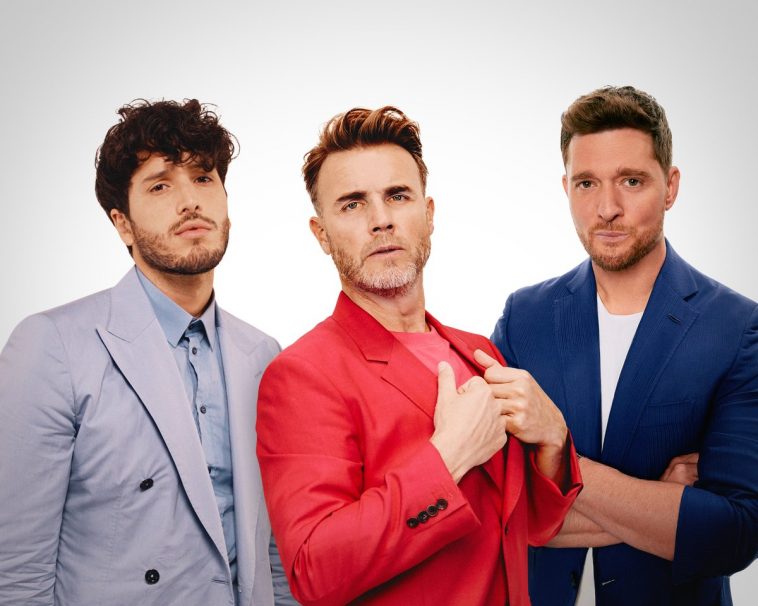 Receiving its premiere on Radio 2’s breakfast show this morning, ‘Elita’ is a Latin-infused offering which sees Gary venturing into exciting new territories. Described as a track about witnessing the power of women, ‘Elita’ is the perfect combination of sensual melodies and the trio’s smooth vocals, all of which seamlessly blend together on this irresistible track.

Work on ‘Elita’ began back in November, with the track originally set to be a duet between Gary and Michael. Speaking about its creation, Gary said: “Originally it was just the two of us but then Michael said he knew this amazing talent that would be perfect for the song. Within an hour we were all on the phone and when Sebastián sent the track back, we were just thrilled. He has this amazing charisma – it just sounded so authentic.”

Michael added, “We had an opportunity. I don’t think I’ve ever had a pop song which had three individuals, all coming together. I thought it was cool as it molded different cultures, and aspects of music and who we’ve all been inspired by and I thought it was a really perfect mix.  The song is exciting, it’s sexy – empowering”.

Speaking about being a part of the song, Sebastian said: “I still can’t believe that I’m in a song with Gary Barlow and Michael Bublé. We’ve done this all remotely, but strangely it feels like we’re three lifelong friends. These guys are pure heart and talent. I can’t wait to keep learning from their advice, example and friendship in this whole process and future projects! We really hope that you guys love ‘Elita’ as much as us!”

Alongside the new single, Gary has announced details of his forthcoming studio album Music Played by Humans, his first solo album in seven years. Due for release on November 27, Music Played By Humans is an ode to the sounds of Gary’s childhood and will see the artist be accompanied by an 80-piece orchestra.

Speaking about the album, Gary explained: “My ambition when we started this album was to create something really bright, a celebration of music and the wonderful musicians we have in the UK and around the world. Some of it is recorded with an orchestra, some with quartets, a Latin band, and some of the tracks have jazz and big band sections – it really is music played by people, hence the title of the album – Music Played By Humans.”

Music Played By Humans is available to pre-order now, with special merchandise bundles available on Gary’s website. If you pre-order from the web store before 5pm on October 6 you will receive a presale code for your chance to purchase tickets to Gary’s next tour, which is due to be announced this Friday.

What do you think of ‘Elita’? Share your thoughts on the new era of Gary Barlow with us on Twitter @CelebMix