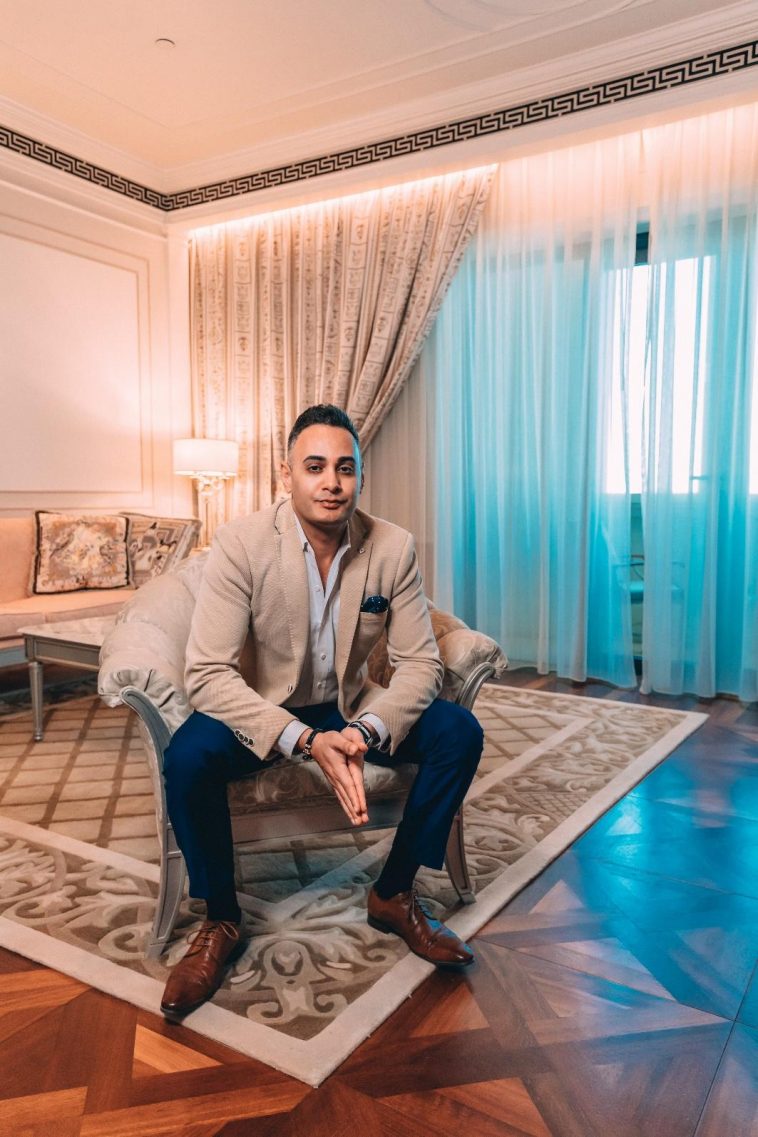 A leader can be distinguished from a manager by having influence, integrity, and the courage to take action. The characteristics that elevate a person from the ordinary to the extraordinary separate the dreamers from those who have the vision and belief to turn those dreams into a reality.

These are precisely the traits that Ahmad Imam possesses. Imam, a man of many skills, has navigated the social media and business landscape with such finesse that the voyage itself is deserving of recognition. It is no surprise that Ahmad Imam’s efforts are appreciated, as they should be. He was rewarded with one of the most prestigious positions, ambassador and strategic advisor to the Royal Office, UAE.

Ahmad Imam shared a glimpse of this proud moment on his social media channels to his vast global network.

“It is with great pride that I share with you that I have officially been appointed as Ambassador and strategic advisor to the Royal Office of His Highness Sheikh Ahmed Bin Faisal Al Qassimi.”

Ahmad went on to express his heartfelt gratitude towards the Royal Office UAE, for their trust, faith in his abilities, as well as the opportunity to make a positive impact on a much larger scale.

Imam told us it was not only the most incredible honour but highlight of his career to date, and he could not wait to work closely with Royal Office on a number of values driven initiatives.

His Highness Sheikh Ahmed Bin Faisal Al Qassimi is a member of one of the most prominent Royal Families in the UAE and has a strong and futuristic vision to connect great minds and create a better future.

In the Interview, Imam said, “I’d like to personally thank the incredible leadership team for their warm welcome, kindness, and belief in my abilities, specifically H.E. Dr Tomasz Zaleski, Chairman of the Royal Office UAE.”

Imam continued, “I would never have dreamed that one day I would be serving the Royal Office, and I am honored to be trusted with this role and the responsibility that comes with it”

For Imam, this was not only recognition of his hard work, but an incredible opportunity to work alongside some of the world’s most innovative global leaders.

Ahmad Imam believes that success can only be achieved with the assistance, support, and guidance of those who have faith in your abilities. He states “Nobody makes it alone, nobody. There is no such thing as a self made man or woman. Every successful person I know has received support, encouragement, motivation, and mentorship by many people along their journey. Each person bringing them closer to realising their full potential.“

As the Founder and CEO of the prestigious social media agency ‘The Executive Brand’, Imam serves high profile and eminent individuals to develop a strong personal brand, leverage their success, share their message with the world, and become a recognised authority and global leader, as he has done for himself.

Despite the global influence he has built for himself as a social media personality, Imam’s main focus is to use that influence and visibility to create impact. His passion for personal growth and spreading the message of peace, love, and human unity, has him constantly exploring the depth of impact he can achieve both online through social media and offline through practical real world initiatives and projects.

According to Imam, the secret to success is the ability to get out of your thoughts and into your life. For Imam, actions speak louder than words; and with hard work, dedication, the ability to work towards an audacious goal, and execute on your plan, anything is possible.