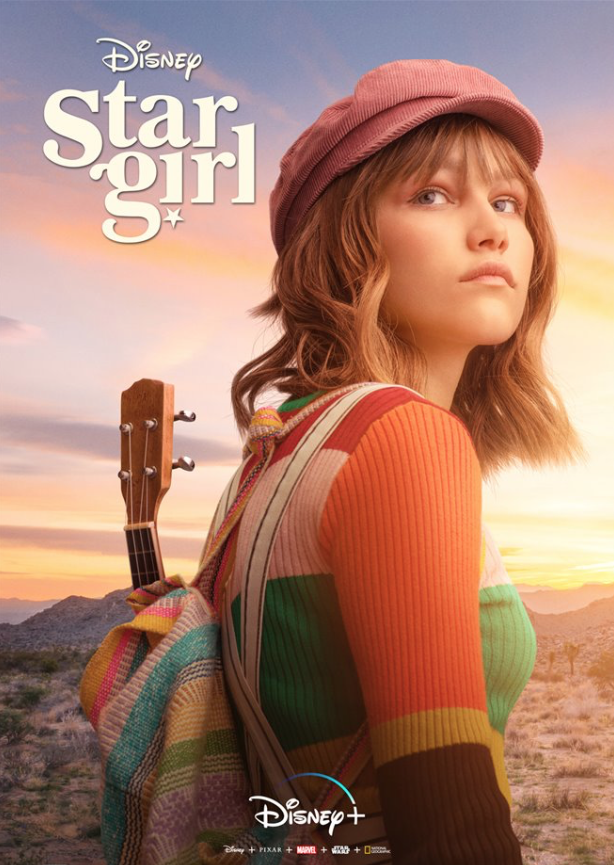 Disney+ launched in the UK on the 24th March – saving the day for many people across the country who are forced to stay indoors during this difficult time. The streaming service will provide hours upon hours of entertainment for young children and adults. Disney+ has a long list of films to watch – from childhood classics to the most recent releases. They have also provided original content which can only be watched if you subscribe to Disney+.

One of these original films is the beautiful coming of age story “Stargirl.”

The film directed by Julia Hart is based on the bestselling young adult novel written by Jerry Spinelli. It focusses mainly on two teenagers; Leo Borlock, played by Graham Verchere, and “Stargirl” Caraway, who is played by America’s Got Talent winner Grace VanderWaal.

Leo narrates the story of how he met Stargirl through their time at school. He is the shy character who everyone tends to overlook. He likes to keep himself to himself and hideaway in the shadows. Stargirl comes along and changes his entire perspective. She’s quirky, mysterious, and everybody in school becomes infatuated with her.

Grace showcases her musical talents through this character when Stargirl joins the cheerleading squad. With her witty songs of encouragement, the schools’ football team become invincible. Winning every game they play, Stargirl becomes their “good luck charm.” Her quirky character gains popularity around the school instantly. When Leo starts to hang out with her, his fellow students start to notice him too.

This outstanding film tests friendship and demonstrates how your peers at school see you can affect how you see yourself, and the importance of how being yourself is always the best route to go down. We can’t recommend that you watch it enough. If you’re going to take anything from this film, let it be this; accept yourself, don’t care what anyone else thinks, be Stargirl.

Let us know what you think of “Stargirl” over on Twitter @Celebmix.