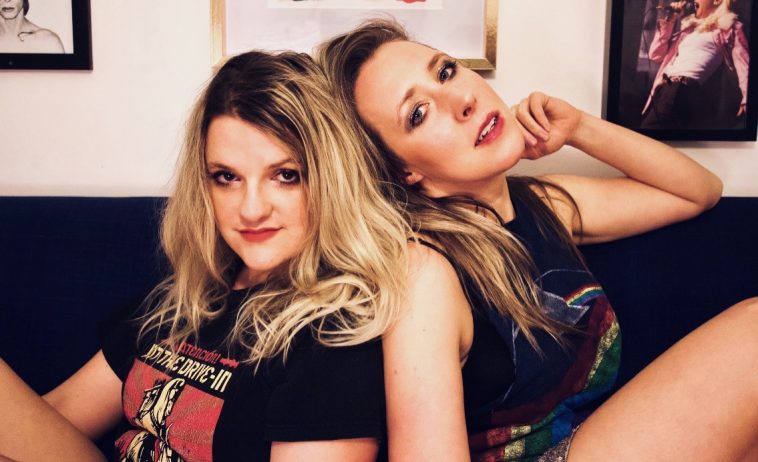 Southern California duo Guyville craft music fusing indie rock, pop and Americana. Their latest unveiling is the single “Boys + Girls W Guitars” and it is a clever narrative of valuing veneration over compatibility.

With “Boys + Girls W Guitars”, Guyville reflects on constantly flirting and hooking up with other musicians because of their talent. Kat Hamilton of the band confides, “I think it’s easy in the music world to confuse admiration with attraction.” Oftentimes, this can lead to disaster and Guyville so brilliantly shares this all too familiar story in the charming gritty pop rock tune. Featuring attention-worthy layered melodies singing tongue and cheek lyrics, “Boys + Guitars W Guitars” is a fun-loving song all about mistakes. The track also impresses with emotive guitar riffs that culminate into a grunge-dripped chorus full of fervor and heart.

Guyville was formed in the Valley of Los Angeles by singer/songwriters Kat Hamilton and Emily Hulslander. Brought together by their shared love of Liz Phair and other 90s rock acts, the two soon found a creative chemistry that was undeniable. “Boys + Girls W Guitars” is their third single following the Anti-Valentines single “Should Have Never Dated” released earlier this year. Take a listen to Guyville’s latest now and tweet us your thoughts @celebmix