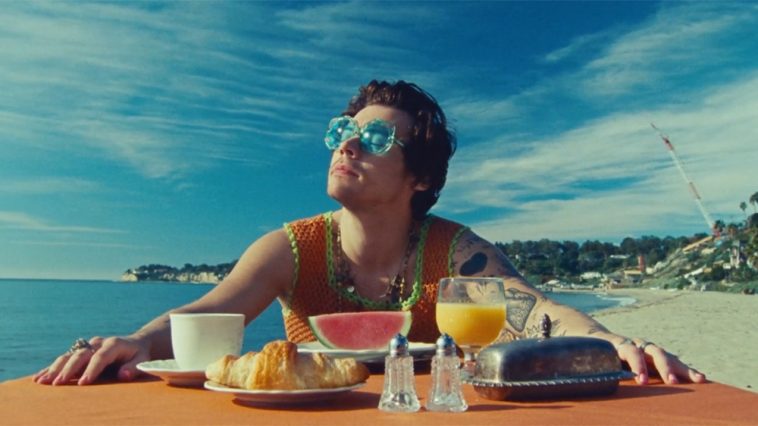 Harry Styles has climbed to number one on the Billboard Hot 100 with ‘Watermelon Sugar’, marking his first US chart topper.

The track was originally released as a promotional single from Harry’s sophomore album Fine Line back in November, before becoming an official single in May, accompanied by a dreamy music video.

‘Watermelon Sugar’ has been climbing the US charts over the past few weeks, and after reaching number seven last week, digital sales of 63,000 propelled him to the coveted top spot. In the process, he’s also earned his second Digital Song Sales number one, and is number two on the Radio Songs chart.

Harry is the second member of One Direction to go to number one on the Billboard Hot 100, following on from ZAYN’s ‘Pillowtalk’ in 2016. One Direction join a select number of groups featuring multiple members who have achieved solo number ones on the Hot 100. Other bands include The Beatles, Black Eyed Peas and Destiny’s Child.

Earlier this month, Harry unveiled a ‘Lost Tour Visual’ for ‘Watermelon Sugar’. Released on National Watermelon Day (August 3), the hypnotic visual is a trippy offering which was well received by fans. Check it out below.

Congratulations to Harry Styles on his latest feat!

Are you loving ‘Watermelon Sugar’ as much as we are? Let us know your Harry Styles related thoughts on Twitter @CelebMix