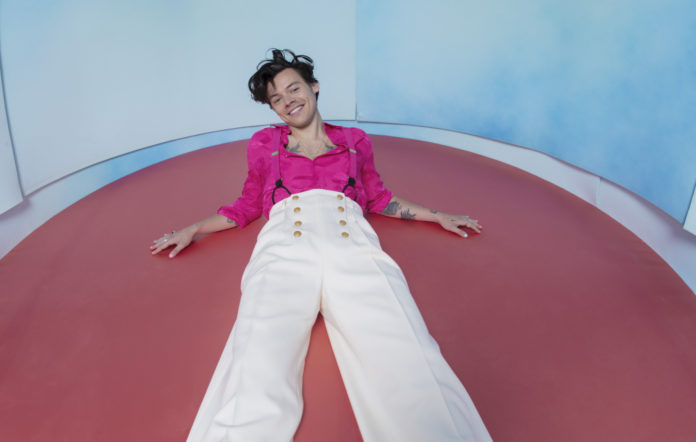 After One Direction took an extended hiatus, it was always going to be a challenge to see how the boys would fair off as soloists. Would they reach a moderate level of success? Would they continue topping the charts and having smash hits the same way the band did? All of these questions applied pressure to the quintet, especially to Harry Styles who was always seen to be the band’s frontman. While his self-titled debut set the foundations for his solo career, Fine Line built the house on the street of modern stars and reminded the world as to why Harry Styles is one of the best mainstream artists around right now. After one year of the album, we are looking back to see exactly what made it a career-defining album.

Harry Styles’ debut album was filled with incredible songs that truly showcased his potential as a soloist, switching from pure pop to a more rock-influenced album that diversified the discography he was known for. The only thing missing was a huge radio-friendly hit. For his next album, here come two of the biggest songs of the last 12 months: Adore You and Watermelon Sugar. Two radio-friendly hits that were undoubtedly funk-pop influenced but showed the mainstream progression Harry had undertaken. From the bubble-gum pop that his teenage years were defined by, Harry entered into a more ‘mature’ pop that was evidently enjoyed by all generations. Adore You became the winter warmer we all needed, celebrating the one we love and pairing it with one of the best marketing campaigns in recent years, the isle of Eroda, the track became an instant hit.

Undoubtedly the biggest song on the album, Watermelon Sugar, brought his career to new heights. While the song was released back in November of 2019 as a promotional track before unveiling the full album, Watermelon Sugar has kept strong, still pulling 2 million daily filtered streams on Spotify one year later. The summer hit also became Styles’ first Number One on the Billboard Hot 100 this August and landed him a nomination for Best Pop Solo Performance at the 63rd Grammy Awards. The track has become a sunny day staple for many people and remains one of the biggest feel-good songs. Two of the things these songs have in common is the retro feel to them, but in a year of disco-pop songs, Adore You and Watermelon Sugar have a deeper funk/jazz influence on them to help stand out from the crowd.

While the two biggest singles from the album dip their toes into feel-good bops, Fine Line holds much further depth to it. Speaking to Zane Lowe upon the release last year, Harry stated that after a nerve-wracking debut, he was able to be more free-flowing and expressive with his follow up record after releasing those anxieties. The free-flow is immediately noticeable as Fine Line defines Harry Styles as an artist: expressive, experimental and full of passion.

Yes, the album is about being in love and the breakdown of a relationship, but many songs touch on the aftermath of that and exploring yourself post-relationship. Harry himself has always been more private but songs such as To Be So Lonely touched on Harry’s personal life and how he can be an incredibly jealous partner, but he is learning how to better himself. Treat People with Kindness, as the title expresses, embodied the message of self-love, feeling good about yourself and expressing that also to others through the act of kindness.

Lead single Lights Up holds much speculation around what Harry himself meant the song to be but undeniably the song is about pulling yourself out of the darkness to explore who you truly are. Title track Fine Line summarises all prior 11 tracks and lyrically and musically bring the entire album into one crescendo. Chants of “we’ll be a fine line” echo throughout the entire song, concluding that throughout all the good, the bad and the ugly, we will eventually be fine. These cuts from the album are vital to how non-Harry fans prior to this album could then perceive him and his music. They could see that his artistry has only strengthened, he can tap into his deepest emotions and create beautiful art from it, all of which is proven with the phenomenal chart success of the album. Fine Line has lingered within the top 25 ever since its release on the Billboard 200 chart and back home in the UK, Fine Line has continued to remain within the Top 40 albums ever since last December also.

While he had a footing due to his status in One Direction, to be able to hold this level of relevancy a decade later but also break into a new audience outside of those who followed you from those days is hard, especially with the stigma against ex-boy band members. Through leaving behind the worries, he held with his debut, Harry’s freedom to create on his second album meant he actually created a body of work that resonated with millions that still holds strong globally one year later. Fine Line stands as a turning point for Harry Styles, and his career can only go up again from here.

For all the latest on Harry Styles, make sure you are following the CelebMix account!