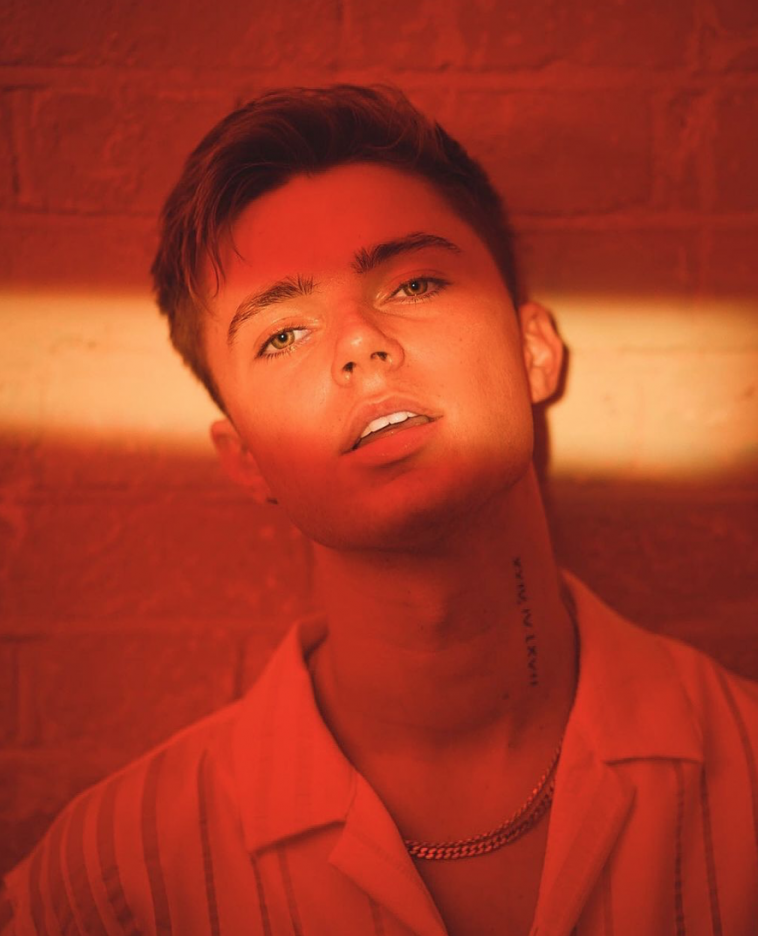 Today HRVY releases his latest single ‘Runaway With It’, another dance pop banger from the pop star who is fast making the genre his own.

Ever since debuting in 2017, the rising star had his heart set on upbeat tracks with big choruses.

When an 18-year-old HRVY released his debut EP, Holiday, it was the title-track that wound up on New Music Friday playlists.

Looking back now, ‘Holiday’ is as cheesy a ditty as can be (maybe even too much so), but at its core was a playfulness and a desire to make feel-good music.

Over the past four years, HRVY has toured the world, played the biggest of stages and collaborated with some of pop’s biggest names.

In that process, the singer has chopped and changed his sound, from the Latin influenced ‘Hasta Luego’ with Malu Trevejo to the funky ‘I Wish You Were Here’ and the electropop of ‘NEVERMIND‘.

Between all those releases, more than 30 tracks in total, what’s been ever-present is that effervescent personality at the centre of it all.

It was at the turn of the year in 2019 when HRVY seemed to make his biggest stride to the confident sound he’s made his own today.

Having closed out a successful 2018 on the acoustic ‘I Don’t Think About You’, he came back with a bang months later with ‘Told You So‘.

HRVY’s trademark upbeat sound returned with a new vigour as the singer shook off the label of ‘rising star’ to prove he was as current as could be.

Having piqued the interest of the music industry with ‘Told You So’, clever collaborations with NOTD and Jonas Blue followed as HRVY’s voice started to become synonymous with dance floor hits.

Performing those songs on high profile stages such as Capital’s Summertime Ball and Radio 1’s Big Weekend saw HRVY up live performances with super slick choreography and backing dancers galore – the youngster carving his own brand.

Solo singles ‘Me Because of You’ and ‘NEVERMIND’ from scrapped debut album CAN ANYBODY HEAR ME?proved he could do it without big-name collaborators. At the same time, team-ups with Seeb, R3hab and Matoma served to hone in on that dance pop sound and reach new audiences.

After a Strictly Come Dancing sized break in 2020, HRVY readied new material for 2021.

That came with June’s ‘1 Day 2 Nights’, one of the year’s catchiest flicks, again powered by a dance pop chorus and landing with a The Woolf of Wall Street inspired choreography in the music video.

That single proved that HRVY had landed at a sound that was truly his. Now, when you hear a HRVY track, it could only be a HRVY track.

And if you needed any more proof, the confident ‘Runaway With It’ is streaming now.

You can get your hands on ‘Runaway With It’ here.

Are you a HRVY fan? Let us know @CelebMix on Twitter.