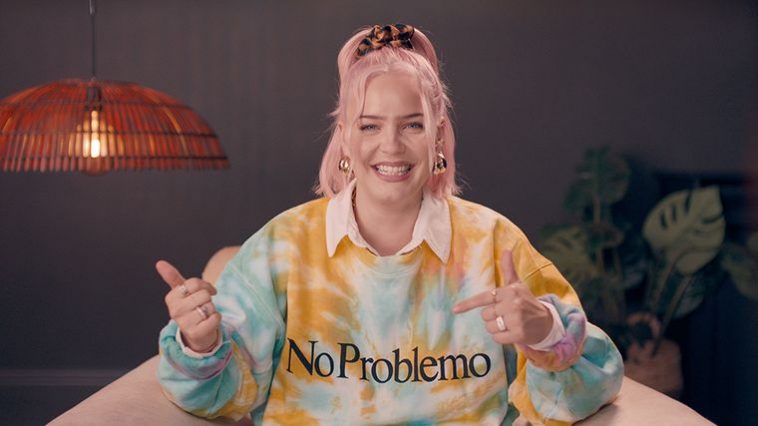 Anne-Marie is teaming up with YouTube Originals to release her How To Be Anne-Marie documentary.

Set for release on 12th November 2020, a trailer has been released for documentary giving fans a short insight into what to expect. We see her preparing to perform new track ‘Problems’ on top of London’s The O2 Arena and looking back on 2020 so far for her. Earlier this year she released ‘Birthday‘ which was celebrated with a series of birthday launch parties with fans. Little Mix also feature within the trailer speaking to the singer-songwriter about her experiences within the industry and we see Anne-Marie heading back home to Essex as she takes us down memory lane with her friends.

Speaking in a statement about the documentary, she said “I let YouTube into my life over the past few months and I can’t wait for you to see the finished film. I always try to be open and honest with my fans and what really excites me about this collaboration is that it’s an unfiltered look into my life; from writing and recording to downtime with my friends and family.”

2021 looks set to be a busy year for Anne-Marie as she becomes the new addition to The Voice UK judges line-up. She will be on the panel alongside Olly Murs, Tom Jones and Will.I.Am as she will be replacing Meghan Trainor who is taking time off due to her pregnancy.

Alongside this it looks set to bring the highly anticipated AM2 album era which kicked off with the release of ‘To Be Young‘ featuring Doja Cat. Fans have been eagerly awaiting the follow-up to 2018 debut Speak Your Mind and it looks like they might not have to wait too much longer for even more new music. We can’t wait to see what other surprises are in store from the singer-songwriter and will be keeping our eyes peeled on her journey during the forthcoming months.

Head HERE to set a reminder for the premiere of How To Be Anne-Marie on 12th November.

Will you be checking out How To Be Anne-Marie when it’s released on 12th November? Tweet us @CelebMix and let us know!