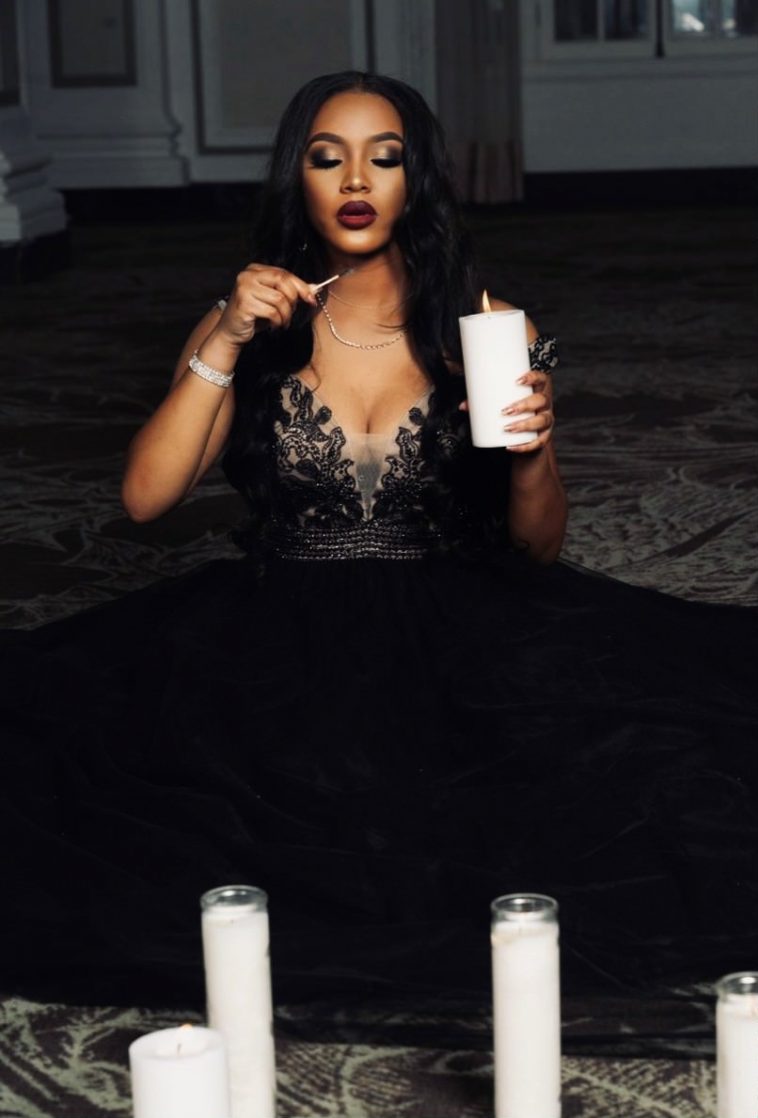 Once heard that it takes consistency to start a race, but persistence, to finish it. A great example of this is no other than ChaelaBre.

With her mom’s influence, she has persistently worked to fulfil her life goals – Spirit conjurer, Healer, Actress, and Model.

ChaelaBre was born the middle child of 3 girls to a single mum and spent many of her early days moving around.

She was raised in the suburbs and grew up in church singing until she turned 12 and began exploring other spiritual practices like astrology.

Eventually, at the request of her mother, Lala Inuti Ahari, she took over Soul Purge from Lala and has become a powerful force to be reckoned with in Spirituality.

The artsy Spiritualist whose work incorporates spelled oils, crystals, hoodoo, and conjuring angels, revealed that her mom made her what she is today.

When asked if her upbringing affected her decision to become an entrepreneur, she said:

“My mom is the biggest influence in my life that inspired me to be an entrepreneur. I am deeply thankful for her trust and guidance”.

What Happens at Soul Purge?

Since taking over Soul Purge, ChaelaBre has impacted lives through spiritual cleansings and spell-works.

On how exactly she does this, she had this to say:

“I tap into their energy and deliver whatever they want or need. I help anyone looking to manifest their reality or find healing through holistic spiritual means”.

She has helped globally free people from the daily drain of negative energy and emotional, financial, and mental blockages.

Her most significant achievement so far concerns her business growth and success.

According to her, Soul Purge garnered over half a million dollars in sales in 2021, directly reflecting how many people her business has helped. While revenue is always great for a business, the growing support and referrals from her many clients sum up the great success ChaelaBre achieved. She has been able to help many other clients because of her large amount of referrals.

She also explained that her most significant decision so far in business was carrying out her task. She initially started with individual work and eventually switched to group ceremonies.

This switch was a more efficient way of managing her business and has resulted in growth. With one group ceremony a week, she can help the same number of people in less time.

A Motivation for Women Everywhere

ChaelaBre is invested in causes for black women, and mental health, especially in the black community. She’s also an avid believer in the importance of hard work and starting early.

While advising young women, she said, “You don’t have to wait until you’re older or have more experience. Start now, and knowledge and wisdom will come”.

The actress and model is no stranger to misconceptions about spirituality. Her advice for others is:

“It’s okay to be afraid of something so stigmatized or uncertain, but spirituality is natural for everyone and a lot simpler than many people think. Although these are powerful tools, it’s not all tarot cards and crystals. My advice would be to do what works for you. Do what’s most authentic for you”.

ChaelaBre’s passion for creative expression and energetic healing is the driving force of Soul Purge. She aims to tap into her soul’s purpose and help raise the consciousness of humanity.