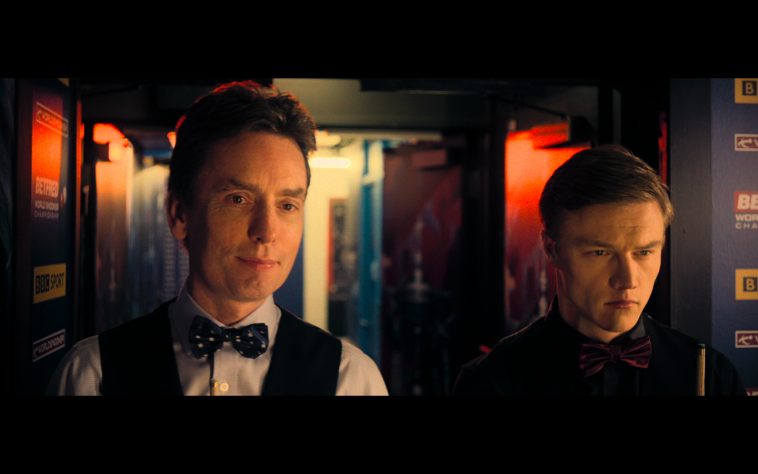 The upcoming independent thriller “Break” will be the first UK movie to be premiered at a drive-in!

Originally scheduled to be released in April, the release date for “Break” was pushed back to July due to the coronavirus pandemic. It stars the likes of Jamie Foreman, Adam Deacon, Terri Dwyer (who has also helped to produce the film) and late Hollywood actor Rutger Hauer in his final screen role.

The film focuses on snooker player Spencer Pryde (Sam Gittins) who has been wasting his life down a path of crime and violence, until he meets former eight ball pool champion Vince Qiang (David Yip) and club owner Ray (Rutger) who give him the opportunity to turn his life around.

Spencer finally decides to become a better person, away from the negative influences on his life, and ends up making a bid for a snooker tournament in Bejijing. You’ll have to watch to find out if he can use his gifted talents as a snooker player to succeed.

The release of “Break” is set to coincide with Sheffield’s upcoming 2020 World Snooker Championship, with many professional snooker players also making cameo appearances in the motion picture.

The premiere for “Break” will be held on 22 July at Brent Cross Drive-In Club in North London, the first premiere of its kind. As well as the cast, expect many other celebrities in attendance.

Members of the public are welcome to attend the event, which will feature live entertainment, food and drink and even an after party. Hosted by Greg Burns, the premiere will comply with social distancing rules while still aiming to be a fun and enjoyable experience. If you are interested in the premiere then click here to buy tickets!

In a statement, Terri Dwyer said: “Being an independent film, we were hugely effected by Covid-19. We didn’t know when or where we could release our film.

“After 10 years of hard work we wanted to give the film a premiere it deserved. We then thought an open-air drive-in would be the perfect place to host our event and would be the spring board to roll out the film nationwide.

“We are delighted to be able to release ‘Break’ at Brent Cross Drive-In Club. The public will be able to have a great night out with safe and secure procedures in place.”

Following the premiere, “Break” will be rolled out to other drive-in venues across the UK, starting with Sheffield at the World Snooker Championships.

Will you be going to see “Break” when it is released? Will you be attending the drive-in premiere? Let us know over on Twitter @CelebMix!