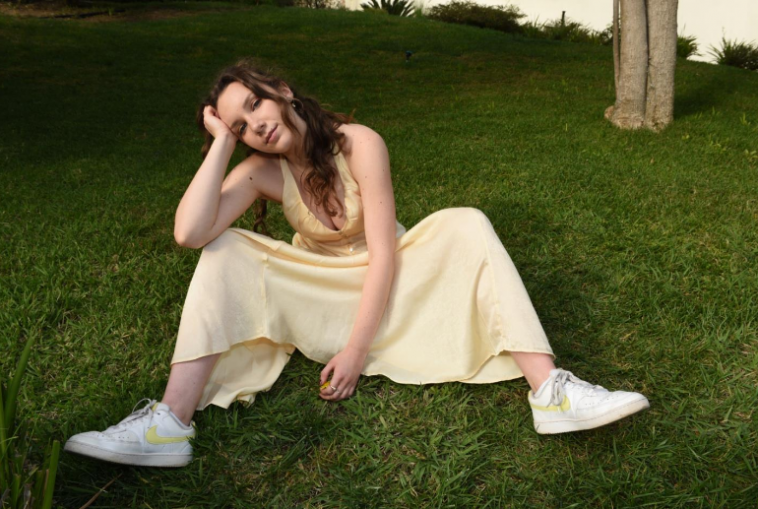 Emily James shares about her new EP: “I wrote most of these songs during my last year as a college student. Those four years hold so many amazing memories for me, and I wanted to capture and shine a light on some of the special moments. This EP is a way of reflecting and celebrating those years, while also coming to terms with the fact that this chapter of my life is ending. It’s very bittersweet, but I am looking forward to new beginnings and all that’s to come in the future.”

Just before sharing her new EP, Emily James dropped a music video for single “Hung Up.” The song highlights Emily’s fun, flirty melodic style with crystal clear vocals and a subtle production style. “It’s about being bold and picking up the phone and just saying, ‘Hey are you into me? Cuz I’m into you!'” says Emily.

Check out visuals for “Hung Up” by Emily James below:

Emily James is an LA-based indie-pop singer-songwriter and producer. After learning under the wings of award-winning producers Ian Fitchuk (Kacey Musgraves) and Jacquire King (Kings of Leon), Emily has become known as a multi-hyphenate with the ability to write, record, and produce her music, taking charge in every aspect. She’s received praise from outlets like American Songwriter, Early Rising, Sweety High, Ladygunn, and more. She was also featured on Spotify’s Created By Women alongside other notable multi-talented female artists. Her forthcoming EP, Illuminate, sees Emily’s songwriting develop into a more polished, nuanced style.