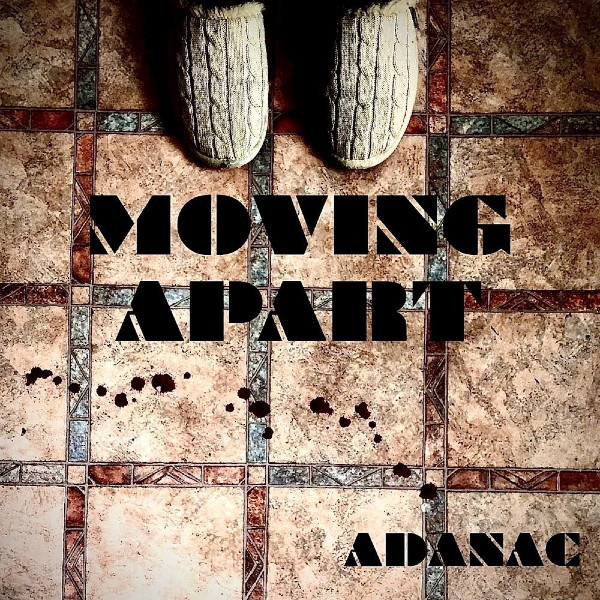 ADANAC, aka actor/comedian Tyler Labine, recently unveiled his new single/music video, “Moving Apart,” a song about the end of a lengthy relationship.

Tyler explains: “After the divorce, I felt like I hacked a part of me off. I had all sorts of regrets and loneliness and pain but once that hand was off, it was off. No going back. It actually came to me in a dream one night. I woke up and wrote it out and got the ball rolling that day. I enlisted the help of some of my crew from New Amsterdam: our A-camera operator Gareth Manwaring, our Special effects make-up artist Ashley Thomas and our 1st assistant camera operator Justin Estrada.”

The combination of the poignant, melancholic visuals and ghostly hip-hop flavors deliver a moving audio-visual experience.

CelebMix caught up with ADANAC to discover more about his influences, how he got started in music, and who inspires him.

My kids, my home studio, and music (a loving partner gets an honorable mention).

My wife and partner of 23 years and I got a divorce. It was not what either of us really wanted but we had gotten to a place where it was what we needed. It felt like ending a 23-year dance that was good and bad and lovely and terrifying and all things. It was heartbreaking. Still is. The video came to me in a dream. Cutting off my hand felt like the perfect metaphor for what it feels like learning how to live life without her. I lost a very important part of me. But I have no choice, I can’t put that hand back on.

Walk us through your mindset as you approached recording the song.

My mind was a complete mix of emotions. I was recently divorced, living alone in NYC during a pandemic, shut-in, and couldn’t see my kids for months. I was in heavy therapy and really trying to see life for what it is. I was really finding the beauty in what it is to lose someone who feels like a part of who you are. You are forced to rediscover your authentic self. And this comprehensive Vision of separation started to come into focus. That’s where I was. Letting go. But just truly beginning to.

If you were to describe your music to the uninitiated, how would you describe it?

It’s almost genre-less. I have inspiration from every type of music. I love it all. But I would say, it has some very atmospheric and lo-fi hip-hop elements to it, mixed in with some very dreamy and sad ‘singer-songwriter’ vibes.

What’s the story behind the name ‘Adanac?’

Well, I came up in Vancouver, BC, Canada. There was a sort of famous street in East Vancouver called Adanac. It wasn’t until I had lived in the states for years that I realized that it was ‘Canada’ spelled backward. It really seemed to fit. I feel like Canada backward in a lot of ways. Hahaha.

My dad got me my first set of drums when I was 9 years old. I was in a number of bands as the drummer for years with my older brother Cam. Then I moved into my first apartment at 18 and realized quickly that my drums weren’t coming along for the ride anymore. Haha. So, I got into digital music production. Sequencers and samplers. I got Pro Tools and started making music. I never looked back.

I was born in Toronto, but my family moved us to the west coast when I was 13. To a suburb of Vancouver, B.C called Maple Ridge. Then I lived in Vancouver for years until finally moving to LA permanently in 2010.

Did your hometown impact your music?

Yes. Absolutely. I was immediately pulled into hip-hop when I moved to Maple Ridge. Skateboarding and hip-hop became my everything. But also, all my friends were really into experimental music too. Prog-rock and punk and the like. It was a really inclusive town, and the music tastes and scene were really cool and eclectic for a small city.

My sound is ever-evolving but my all-time favs are Aesop Rock, EL-P, Mike Patton, Prince Paul, J Dilla, and Jonwayne and Bjork.

People who live life authentically at all costs. People who stay curious about life and love. Honesty even when it’s hard. And my artistic hero, the most inspiring and inspired artist for me is Ian Bavitz. Also known as Aesop Rock. He’s a personal hero of mine.

Gun to your head: if you had to choose between music and acting, which would win?