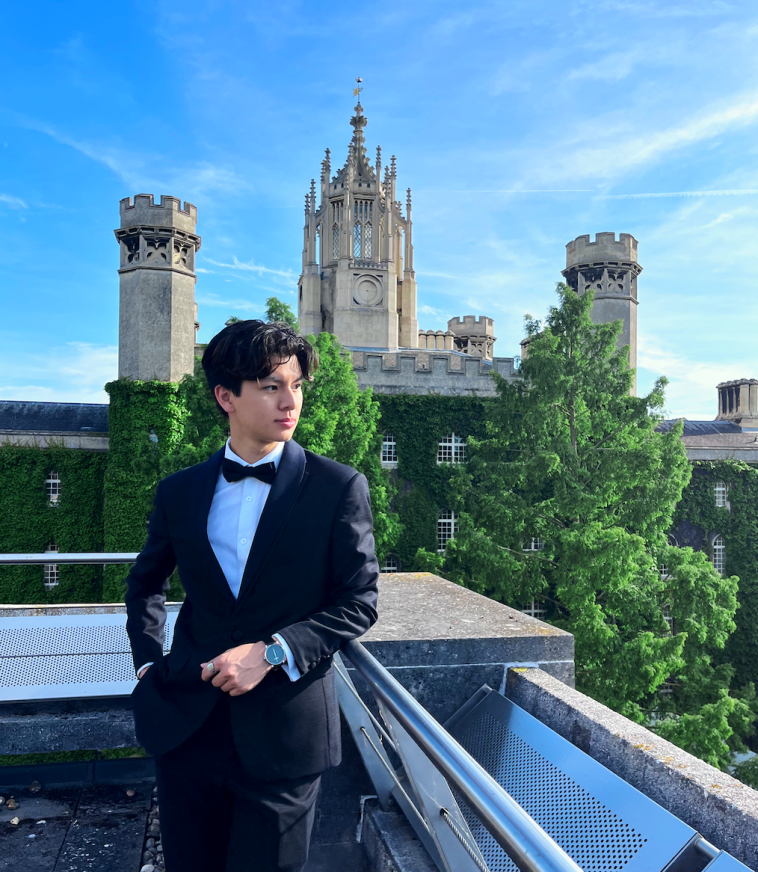 Christian Suen is known for his uplifting LGBTQ+ TikTok content

“I heard a rumour that Cambridge is ranked one of gayest universities,” Christian Suen laughs. The 20-year-old has taken TikTok by storm over the last two years with his adorable couple videos and LGBTQ+ content whilst studying at the prestigious UK institution.

Over 700,000 people follow Christian on TikTok, and there are over 500,000 following boyfriend and fellow Cambridge student Tom Powell too.

Whilst the adorable couple’s numbers online have catapulted since they started dating, Christian was already well-versed in content creation. Growing up in Hong Kong until the age of 18, the influencer gained a couple of thousand followers in his early TikTok days. Once out of college, Christian fulfilled a long-term ambition of landing a place at Cambridge in 2020.

He said: “The only inkling I had that I could grow my TikTok even more after moving was two months into my degree. TikTok was shut in Hong Kong and a lot of my following got their accounts removed. When I came to Cambridge I started to regularly post with Tom, which really started to blow up. The first video was probably on his account.

“Tom hadn’t done TikTok before meeting me but it did really well and that was the moment we thought it could grow into something bigger. He’s not that camera shy in general and was always keen to try and do things – we’re both fairly outgoing – so it wasn’t a huge deal to start trying to create more content.”

With users from the age of 13 and up using the viral social media app, many are regularly engaging with queer faces, couples and feel good content like that of Christian and Tom – exposure that Generation Z and older may not quite have had at that age.

Christian said: “I’ve always been bisexual and open about that but my relationships in Hong Kong had always been with girls. My family knew I was bisexual but kind of ignored the other half of my bisexuality.

“In terms of culture and LGBT culture, Cambridge is I would argue one of the most accepting in the UK. I heard a rumour that Cambridge was ranked one of the ‘gayest’ universities in terms of the sheer number of people who are LGBT.

“Very quickly I realised the effect our content would have on representation. The time I recognised the importance is with comments.

“The first few videos you post, people just comment ‘oh that’s cute’ – it doesn’t feel life-changing of perception altering. Later on, you get people saying it’s sweet to see couples out and out couples doing well academically – back at home, seeing interracial couples too. Both Tom and I get DMs from people saying thank you for the channel.”

Whilst Christian doesn’t intend to stop a winning formula anytime soon – indeed shortly after chatting with CelebMix, boyfriend Tom shares a charming clip of the two engaging in a light-hearted bicker over what to eat for dinner – 2023 is a year the influencer wants to branch out.

Not a chance this Christmas. ? #lgbt

When pushed to describe how his content might be over the next 12 months in three words, Christian unsurprisingly goes for ‘couples’, ‘Cambridge’ and then adds ‘self-improvement’.

He said: “TikTok’s algorithm is so good at identifying your audience that it puts you in a box sometimes. I never really wanted me and Tom to be the only thing, that’s why we kept separate channels because we have our own interests and hobbies.

“It wasn’t unexpected because I know niches are the way algorithms generate views. If you like a certain thing you want to stick with that. In 2023 what I want to focus a bit more on, other than being LGBTQ+, is how I can help others with being a better version of yourself. I want to think of how to merge my niche with that. It would be great moving forward to diversify even more.”