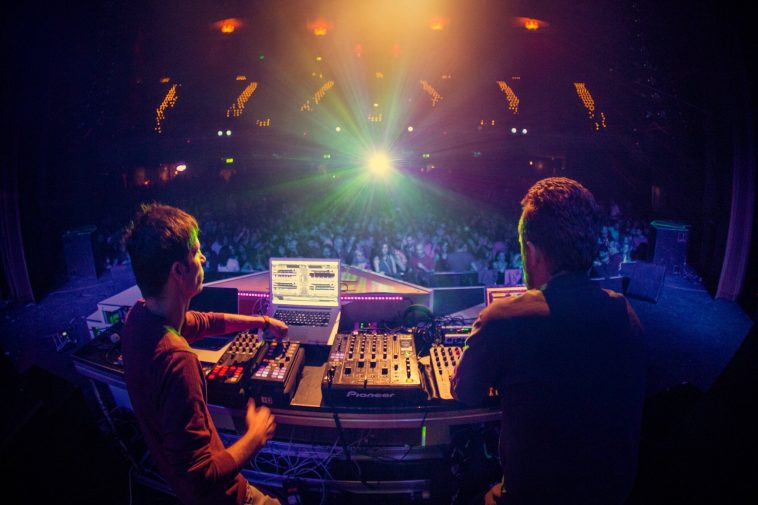 Desert Dwellers have released the second instalment in their ‘Breath’ remix series.

Passing the creative reigns to some of the most evocative producers of recent times- including Luca Bacchetti and Coss & Lorie- Desert Dwellers continue their round the world trip in musical exploration.

CelebMix caught up with the electronic duo to discuss the ‘Breath’ remixes in more depth.

Your album ‘Breath’ was a defining LP for you guys. Have you achieved everything that you set out to do as Desert Dwellers?

The Breath album was the 4th installment and culmination of the DownTemple Dub element series which was started back in 2005. Musically, the album tied a lot of sonic stories for us together in the Desert Dwellers saga and felt like a great completion when we were working on it for three years. So yeah, we are very happy about everything we have accomplished with the project during the past two decades. This year has been a huge growth year for our creativity, and we are continuing to experiment with new styles and directions.

Has it felt strange releasing music without a live audience to share it with?

Extremely. We have been streaming our new music online for our Beyond Borders live stream series, and that’s been a great way to connect with the community. But it’s definitely not the same.

If you could share the decks with any other producer out there, who would it be? And why?

Satori, because his live set up is super amazing!

Who came up with the idea of launching a trilogy of ‘Breath’ remix albums? And how did it progress from there?

We both knew we would be releasing remixes to this album when we were working on it, seeing as that has been a common thing we do since 2010. We internationally focused Breath to have more organic instruments and studio tracking so that we could then remix it into this trilogy and wide range of electronic music genres, the first being psy bass and chill out, second focusing on organic house and downtempo, and the third being uptempo 4/4 remixes. Amani focused on volume 1 and Treavor focused on volume 2 and 3.

Vol.1 of the remix trilogy was outstanding! How do you pair the right producer with the right track?

We often let the producers have a pick, but sometimes we just know a certain set of sounds will work in the palette and focus of a certain producer. It’s an intuitive process.

Breath ReImagined Vol.2 has now arrived. How have you managed to keep so creative in just six months?

The remix albums started right when we finished the original album, and since the lockdown we have just been in the studio and at home creating new music, and finishing wrapping up vol 2 and vol 3 of the remixes, as well as working on our various side projects and 2 record labels.

It’s your first ultimate comeback show post-lockdown. Who is on the bill? And what theatrics are on the cards?

A solar eclipse would be a nice theatric, with all our friends.

It’s the ultimate headache… how do you cure writers block?

Watching tutorials and learning new tricks helps reignite creative flow. Also getting out of the house and hiking outdoors and clearing your mind.

Thank you so much for talking to us! Any final words for the CelebMix readers?

Please stay safe out there and take care of each other. We need more unity and less divisiveness so we can get through this quicker.

Steam the entirety of ‘Breathe ReImagined Vol.2’ below:

Make sure you are following Desert Dwellers on social media: