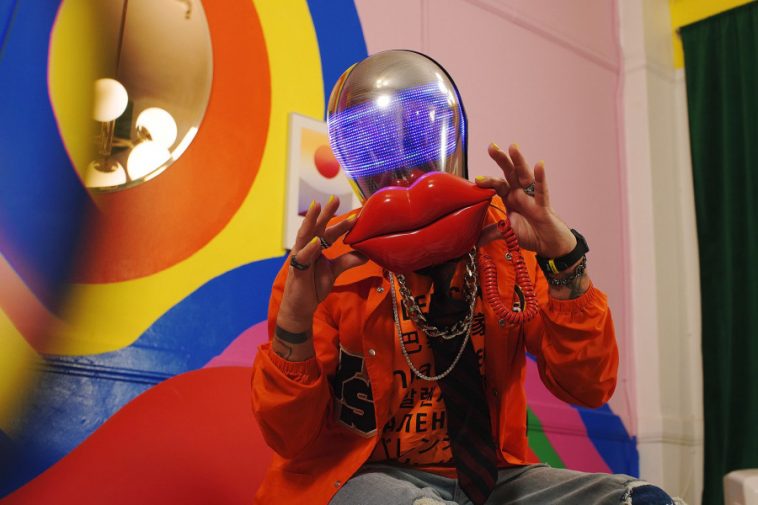 The camouflaged artist known as DVRKO releases their debut album, Undone, an electrifying exhibition of the amalgamation of the muscle of deep house with the kaleidoscopic glitziness of progressive house.

Talking about the album, DVRKO says, “It’s been a goal of mine to create a beautiful piece of work to really show people what DVRKO is all about, this was initially supposed to be an EP (5 songs) and as I fell into months of creation it birthed itself into a full-length album.

‘I created the album at my home studio on loads of modular and vintage synths. Had the opportunity to work with some amazing vocalists, Rama Duke, RUNN, Tyler Graves, and SIRAH.

“Ultimately I did what felt good and honest to me, feel-good house records for the exception of the hard-hitting “Talk That Shit” with SIRAH which is prob one of my favs from the body of work.

“Coming back from performing at EDC, I was so inspired it just came naturally. I’ve been working really hard building modular synths and sound design.”

Encompassing 13-tracks, Undone features a dazzling array of artists, such as Jules, Rama Duke, RUNN, Blossom, SIRAH, Tyler Graves, and Forbes. With millions of streams since first appearing on the scene in 2020, DVRKO’s spine-tingling sound surpasses excellent and enters the realm of superlative.

CelebMix spoke with DVRKO virtually in an attempt to penetrate the veiled anonymity surrounding the artist identified only as DVRKO.

The mask, the name DVRKO, the all-prevailing mystery surrounding you suggest a dark, harrowing past. What can you share?

Not too much at this point. Will have to dive into ‘Undone’ and try to decode the messages left in the audio.

I’m assuming it was the vibrations in the womb. It’s a ‘since-I-can-remember’ kinda thing.

Talk us through your new debut album, Undone, what was your mindset going into it?

I just wanted to create something honest and real, that people could relate to and vibe with. It was a moment of inspiration and it ?owed as such. Once I started I didn’t stop until it was complete. This was much more than a 6 pack of red bull haha.

What do you want people to take away from your music?

A feeling of satisfaction, maybe it will bring back some memories of past relationships and events from the past.

Who or what would you say inspires you?

In the words of Hunter S. Thompson, “The edge… there is no honest way to explain it because the only people who really know where it is the ones who have gone over.”

What are you most looking forward to in 2022?

More music, touring, and the end of the pandemic (hopefully).