We’ve recently introduced you London’s dedicated singer-songwriter IMAN, who talked to us about singing, songwriting, her past and her overwhelming desire to follow her heart.

In case you missed the last interview you can read it here.

Collaborating with IMAN’s sultry and soulful vocal style, both Matt Jam Lamont and Scott Diaz have revitalised new single “Wishing” with their own signature Garage style. Ringing with sparkling synths and smooth acoustic guitar licks, this re-work is certain to take placement on weekend playlists everywhere.

Since “Wishing” had been released, IMAN has received many positive reviews about the song. This has given her power to keep working, so she has announced numerous exciting live shows around the UK. The singer now can’t wait to sing her heart out.

We interviewed IMAN about her single and the upcoming tour. Check out her answers below! 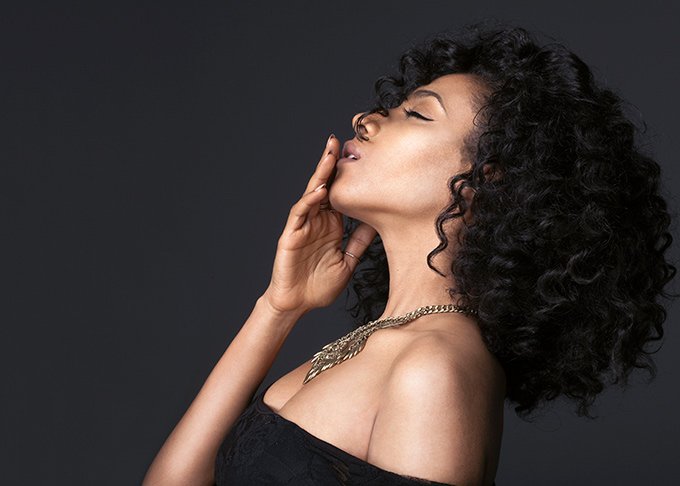 Hey, Iman! Nice to talk to you again. What were you up to since our last chat?

“Yes, it’s good to connect with you again, too! Since our last chat, I’ve been on tour in Bristol and London, so far. I have more gigs lined up, and I am in the planning stages for the release of my next single.”

Wow! Working again… Are you going to work at Easter time, too?

“It began great and has continued to snowball into even more brilliantly exciting things. Coming into the year, I knew that it was going to be a busy one as I was full on prepping and planning for the release of “Wishing”. From the start, it’s been “go, go, go” and it’s so rewarding seeing the great reaction to the song.”

The reaction to your latest single truly has been amazing, right?

“MISSGUIDED heard the song and did an interview with me. They have since added “Wishing” to their store playlist across the UK. H&M UK and Europe have added the song to their playlist as well, and so have many other well-known retailers. Moreover, KISS FRESH, which is super hard to get on, have played the single. I’ve also done a bit of radio and even did my own 30-minute takeover show, which was so much fun! I’m just so happy that the song has been so well received and that people want to write about it. The biggest news is finding out that “Wishing” has most recently hit #3 in the UK Urban Chart and is #19 in the UK Pop commercial chart. I’m also the only independent artist in there so I think it’s a huge win.”

Wow! So many positive feedback… have you received any negative?

“Yeah, I mean I’ve had a small few not want to feature the song on their blogs, but it’s fine to be expected. Not everyone is going to like it, no biggie!”

And now you’ve announced several live shows. Which do you most looking forward to?

“I’m definitely looking forward to The Great Escape. I’ll be performing alongside some really cool emerging female acts and P Money will be a special guest for the show that will be on May 18th.”

What do you expect from the shows?

“Sometimes my shows will be stripped back and acoustic. Lately, I’ve been playing the guitar in the set too, which is new for me, but so far so good. Other times, it will be a full band and the set is more like how you’d hear it on the studio recordings.”

Is there any song that you’re particularly excited to perform?

“I’m excited to perform “Wishing” and “Naive”, especially as I know they always go down well! I also love performing my own take on “No Diggity” – I always have a lot of fun with that one.”

Are you going to surprise your fans?

“Might do a Beyoncé one of these days, strap on a harness and do back flips in the air while I hit a few high notes. But let’s see and keep it all a surprise! Mwhahaha”

We are excited to hear more about your tour!

“Thank you for your support! x”

Did you like this interview? Make sure to tweet us at @CelebMix and tell us what you think about IMAN’s music!