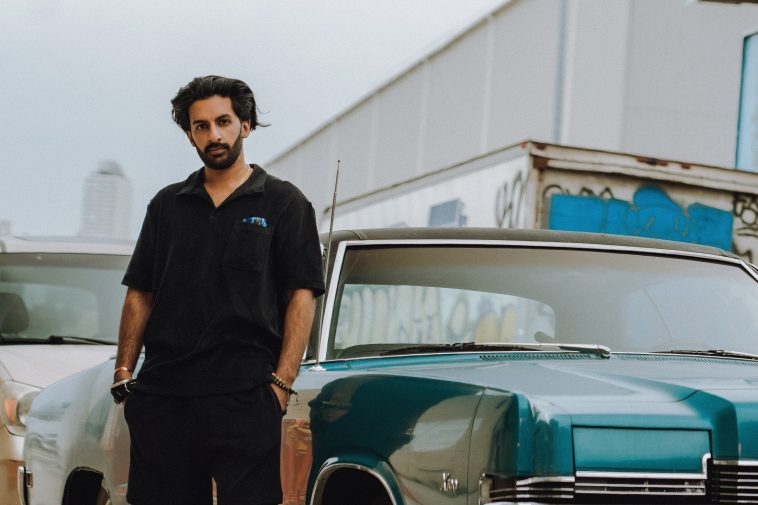 Kahani is a disruptor and innovator in the electronic and world music space, fusing global dance rhythms with a South Asian touch. Often residing in New York, he has founded a collective, Nonresident, and imprint label, Indo Warehouse, which curates emerging diaspora talent and gives them a foundation to collaborate on top-calibre sound.

We had a chance to talk to Kahani, and asked him about his latest fire single titled “Ranja,” fusing traditional Punjab folklore vocals with the modern organic house, working on Indo Warehouse record, and future plans.

Hey Kahani, welcome to CelebMix! Could you introduce yourself to our readers?

I’m a producer/Dj from New York City. I am here to move people. I am here to take people into a state of trance that reconnects them to their cultural roots through music. For me, it’s not about fitting into a genre. I’m selling a feeling. The rest is for listeners to decide.

Congrats on releasing your latest single, “Ranjha,” will you tell us about the inspiration behind this track?

Ranjha is a cinematic folktale of one’s longing to be with their love. I really wanted to take listeners on a journey which culminates in a passionate, gripping sense of movement.

You are known for fusing traditional Punjab folklore vocals with modern organic house sounds. How did you come up with such a unique approach? How would you describe your sound?

This year I have dabbled specifically in blending Punjabi folk, however I’m working across a variety of languages and dialects. Folk music has its own raw, authentic beauty and I’m excited to help bring that energy to dance floors around the world. My sound blends cultural elements in a way that can continue to build dynamic energy in the crowd. I want to pull at heart strings and invoke emotion at every turn.

What are some of the artists that influence your music? Who would you like to collaborate with?

I take inspiration from everywhere. I am heavily influenced by eastern percussion and melodies. One of my all time favorite artists is the late Nusrat Fateh Ali Khan. He is known as a legendary qawwali vocalist and composer, but he collaborated with artists from all over the world. His music was and still is heard around the world. Going forward I would love to collaborate with cultural icons from major parts of the world such as Latin America, Africa, and ofcourse South Asia. Some examples would be Black Coffee (Africa), Tainy (Latin America), & Rahat Fateh Ali Khan (South Asia).

Can you tell us more about your label, Indo Warehouse? What are some artists from your circle that we should check out?

It has always felt as though there were not enough South Asian artists in the west. They were there, but they just weren’t highlighted in western media. So, the vision behind Indo Warehouse is to fix that as a record label and platform. Every day we’re working on building impactful opportunities for South Asian artists. Our event series happens to be one of the initiatives and I’m happy to say the demand for events is growing fast. It champions a rhythmic festival style sound with global influence, often from South Asia.

What are you planning for the rest of 2022? Any new singles or gigs?

This year we have a variety of shows and some exciting collaborations planned within New York City itself. However, we heavily look forward to touring India this December and bringing Indo Warehouse to other parts of the world early next year, starting with Tulum in January for festival season.

Good luck with everything, and thank you!

Let us know what you think of the track on @CelebMix!