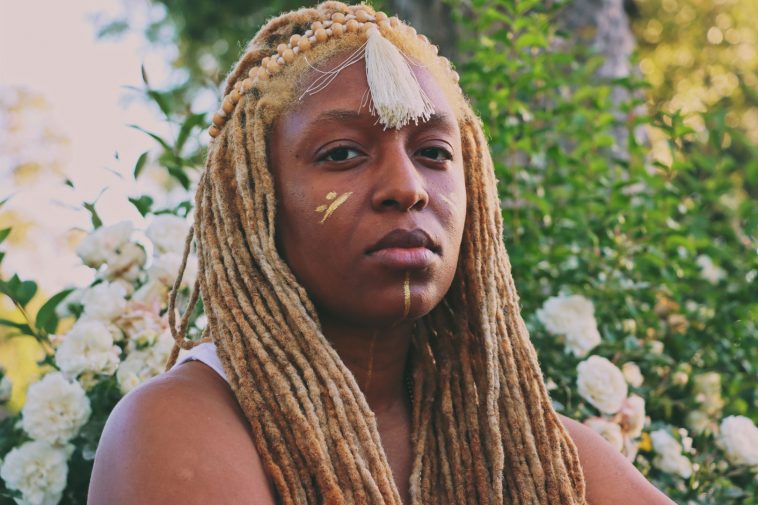 Talk about combining a number of different genres to create one incredible track, ISSAMWERA – along with Sunna Fridjons and Arianna Ferro – impresses easily and effortlessly with the release of “Issamwera (Welcome)” – although to create such an awesome track must not have been so easy. This follows up their previous single “Funk You” and they followed this track with two more single releases “You Let Me Know” and “Sorte” which both feature Sunna Fridjons.

ISSAMWERA is a conception created by Mozambique-born Icelandic multi-instrumentalist Yara Polana, also known as Monace, back in 2013. Homesickness is what brought about her rhythmic invention of this sound in her home studio and later it got developed with additional sounds and rhythm full of African and Latin vibes – this was due to meeting the other members who all later came together to create ISSAMWERA, joining forces with Kwami Obaioni on Percussion, Ingolfur Arason on Guitar, Ellert Schram on Keys, Cheick Bangoura on Percussion and dance, and Andres Tosh on Bass, with Yara Polana, herself, on drums and songwriting. They dropped onto the music scene last year after launching a crowdfunding campaign through KarolinaFund managing to surpass their goal with 130% of full funding for their debut EP, which is to be eponymous. They have released a total of seven tracks, to date, with the EP expected to drop in August 2022. If this title track is anything to go by, this EP is set to be a must-listen musical journey.

Written by Andres Tosh, Arianna Ferro, Cheick Bangoura, Ellert Schram, Ingolfur Arason, Kwami Obaioni, Sunna Fridjonsdottir, and Yara Polana, this track shines, instrumentally inviting the listener into a world full of soundwaves from a variety of instruments. Sunna Fridjons and Arianna Ferro both feature on this track with the former on vocals and flute while the latter provides backing vocals, adding flavour and texture to this tribalistic yet modern sound. “Issamwera” means welcome, and this band sure does exactly that, welcoming us into their world while also giving us a fully-fledged nostalgic back-to-our-roots rush. Enlightening instruments flow from start to finish with rhythmic drums, tribalistic beats, timbered percussion, heart-pulling strings, gorgeous light woodwind, and a total effortless powerful vocal. ISSAMWERA doesn’t just welcome us with open arms through this track, but they also bring a brilliant dose of serotonin determined to lift spirits and bring a sense of pure delight.

Talking about this track, ISSAMWERA said: “Our song, ‘Issamwera’, which means ‘welcome’, is about unity, how much at ease we get when we know we are in a place where we belong, the beauty of belonging, the beauty of connection, and the beauty of finally having everything flow effortlessly.”

“Issamwera” by ISSAMWERA featuring Sunna Fridjons and Arianna Ferro is available to download and stream right now on all platforms. The band is expected to drop their debut EP later this year, and are set to start touring with plans to make their stage debut and the Gaukurinn venue in Iceland’s capital, Reykjavík, on July 28.

Let us know your thoughts on “Issamwera (Welcome)” by ISSAMWERA featuring Sunna Fridjons and Arianna Ferro on Twitter @CelebMix.