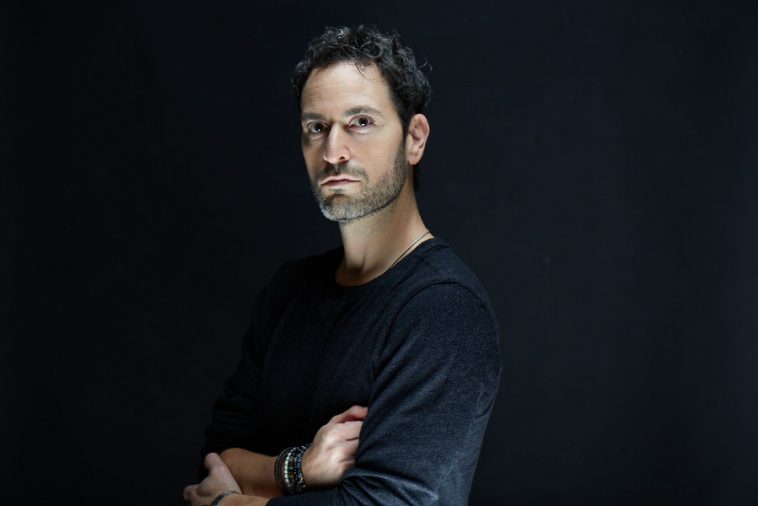 A modern-day renaissance man, Martial’s array of talents include spin-master, creator, producer, founder of SET Artist Management, where he books over 200 DJs each week throughout North America, and prime mover of GET SET Records, the label he started during lockdown.

In 2021, the producer and DJ released his revamped flip of the iconic tune “Let’s Hear It For The Boy,” which amassed over 150,000 streams, airplay from more than 200 radio stations, and two million Tik Tok views. His next release, “You Keep Me Hangin’ On” spread like wildfire, gaining over 450,000 streams and airtime from Dash Radio and Party 105.1 FM. This feat was followed by his #1 Beatport Hype singles “A Little Respect,” and “Don’t You Forget About Me,” featuring Chris Ferrara, which reached over 300,000 streams and landed him a notable spot on the top #100 Electro Dance Chart.

CelebMix caught up with Martial Simon to find out more about the person behind the music, the inspiration for “Lost,” and how he performs so many different roles.

Thanks for taking the time Martial, for those who don’t know you, can you tell us a little about yourself?

Thanks for having me on CelebMix. Shoutout to the entire staff that gives artists the chance to have a voice.

I live in NYC and grew up in Boston. Started DJing in 1993 and producing music in 1999 in college on the radio at Hofstra University. Worked in television at MTV and CBS before quitting my full-time job to pursue my passion for music in 2006. Since then, I have been an active DJ traveling the world for work. In 2016 I started to produce more heavily and DJ less. Now I am addicted to making music first and DJing second.

If you were to describe your music to the uninitiated, how would you describe it?

I believe I have found a niche in the music world. Blending and bridging the old and new gaps. 50/50 crowds. 50% older and 50% under using my ideas to connect both age ranges. Using samples and making interpolations and originals inspired from older hits produced with an electronic punch.

Tell us about your new single “Lost.” What’s the inspiration behind it?

Love isn’t always lost. An original record dedicated to those who have been in and out of relationships. The record has an uplifting piano, catchy melody, and powerful lyrics to reflect that everything is going to be okay. Nothing is going to change your love even if it doesn’t work out.

This is also your first solo original – correct? Has to feel pretty exciting to be able to reach this landmark.

OMG YES. And thank you to Madonna. This record turned out to be a blessing. I originally made it an interpolation with a Madonna chorus that was denied by her in the clearance phase. So, I went back in with a vengeance and flipped the vocals, redid the chorus and the end result was a powerful and catchy original solo record.

Outside of the music you make, what genres are you into?

Love me some classic rock, old-school Outkast, and soulful hip-hop. For EDM love slap, tech, and G house too.

There are so many because of my 20+ years as a DJ. Billy Joel, Frankie Valli, Moody Blues to producers like ALOK, Joel Corry, VINAI, Lika Morgan, and Dubdogz to name a few.

How difficult is it to juggle multiple roles as an artist, label owner, and music director?

The first is Forward-thinking. Must always plan ahead. Know your deadlines and exceed them as well as expectations. Have a routine then beat that routine. Nothing is worse than being in the weeds and unable to perform to your maximum potential. The second is laziness.  I know a lot of people count on me. So, I make sure not to let them down. No being lazy, not acceptable. Get the job done and think about all the lives I can affect should I not perform to the best of my abilities and exceed expectations and deadlines.

If you weren’t immersed in music, what would you be doing with your life?

A professional poker player. I love to gamble.

What do you think is the biggest obstacle for emerging artists right now?

Tools and exposure. There are so many talented artists out there. That may or may not have the tools or exposure to take them to the next level. Tools would be a team of support/studio, etc. Exposure would be the industry and its inability for easy access for artists to be discoverable.  Social media is great at helping artists become an overnight success, but it’s also the reason artists are not discovered. Yes, there are many success stories out there. But way more struggle stories.

I have a new record planned every two months. My next release is on Memorial Day weekend for a hopeful song of Summer. Followed by August and then October, all originals too. I will be touring in the Hamptons, Vegas, and the Caribbean all Spring and Summer.