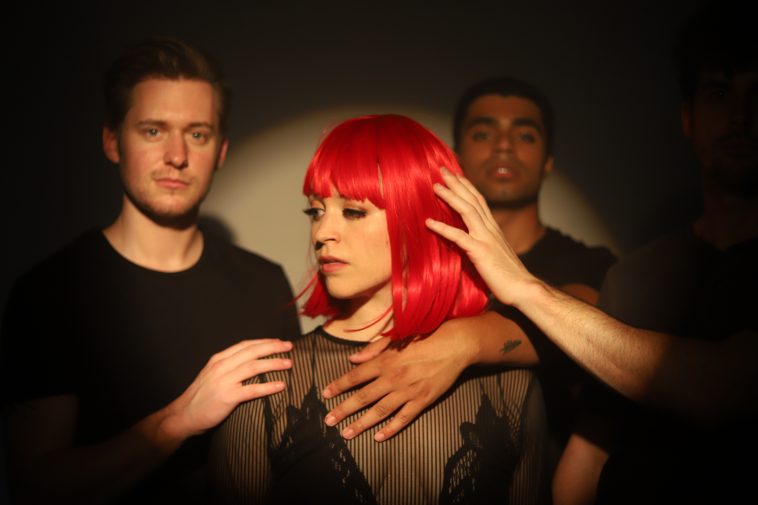 Mary Moore is a singer/songwriter that creates folk/indie-pop music out of Nashville. “I am an earth lover”, she told CelebMix in our interview about her new single, ‘Cold Hands‘, which is about wanting to be intimate but not vulnerable with another person – but more on that later, “always trying to think about how I can minimize my impact on the environment through my diet and waste and consumption habits.” In fact, Mary is a curious soul, as she is always hungry to learn more about peoples’ stories/lives, philosophical musings, and the world.

“Cold Hands” is about wanting to be intimate but not vulnerable with another person. It’s about scratching the itch that a meaningful relationship would give you with a casual fling.

Mary Moore on what her newest single “Cold Hands” is about

How are you doing at the moment?

I’m alright! I, very privileged to say, have been enjoying quarantine for the most part. My family, friends, and I have all been healthy and safe during this time, so I feel really grateful. Quarantine has forced me, and everyone, to really slow down, and I think my body and mind needed the break. I’ve been working out, cooking nutritious meals, and actually sleeping.

In the past few weeks though, I have been feeling a bit antsy. Right now, I was supposed to be touring in the UK and Europe, and obviously because of COVID, I am not doing that. I am really missing performing and being on the road, and I want to push my career to the next level and I feel a little lost on how to do that without playing more shows, but I am going to figure it out and keep growing.

Congratulations on the release of your newest single. How does it feel to have it out?

I am so excited to have “Cold Hands” out. I love this song so much and I am so excited for the song to be in the world. I have been dancing around my house to this song for months now, and it always makes me feel better, so I can’t wait for listeners to enjoy dancing around to it too. Additionally, there is some anxiety always when releasing a song haha! I hope the song resonates with people and I hope people dig it!!

What was the creative process like for the single?

This song has an interesting origin. There was a production student at a school near Nashville who had 10ish hours of free recording studio space for a semester-long project where he needed to record an artist and mix the song. We found each other, and he needed to record an original. I had just been in the studio recording my EP days before we found each other, but I didn’t want to miss the opportunity, so I set off on a week or two long stint trying to write a song good enough to cut. We were supposed to demo the song in three days or something and I really just hadn’t written something I loved because everything I had been writing was so slow. I was driving down the road and said to myself, “Okay, we are gonna write a fast song”, and I just started finger drumming on my steering wheel at like 170 bpm.

I also had hooked up with a guy a few months ago, and the lyrical idea of “You’re just something warm in the middle of the night, to put my cold hands on.” had been bouncing in my head ever since, and then I was hooking up with a new guy (oh lord, what a time), and he would refer to me as “baby” even though we were not dating, and I realized it’s because he was sleeping around with lots of people and not saying my name kept me at a distance, and separates us from knowing each other – thus the chorus just kind of fell out my mouth on the drive, “Don’t say my name” – a song about asking to get intimate but not vulnerable. I got home, wrote the song, showed it to two friends who were like – this is dope.

We demo-ed and recorded the song, and I didn’t love how we took the song in that session, so I brought it to the two producers I made my EP “Rooted Heart” with, and we brought the song to life in this edgy/indie-pop way.

My actual life played a big part in the writing. The story in the first verse is exactly what happened one night. A guy I was hooking up with picked me up from a bar cause my phone was about to die and I didn’t have enough battery to wait for a Lyft/Uber. It felt kind of couple-y, and we were laughing and goofing off, but we both knew it was actually just a physical thing and we weren’t going to fall in love.

Each time I played out, people really liked and related to “Cold Hands” and it was the song after the set they would point out. I had a few friends to who really liked it too and were just like, why are you not releasing this? Additionally, in the NPR Tiny Desk contest, they promoted the video I made of the song for the contest on “All Things Considered” in March 2020.

So, I listened to the world, and did an official studio recording and I FELL IN LOVE and the song started framing the direction I want to go in, which is much more pop than I imagined myself going a few years back. It’s fun to watch my artistry evolve, and this song feels very me, and it’s not me trying to be a genre or something. That’s a pretty magical feeling as an artist, letting what you create guide you instead of trying to be in control of the creativity. This song taught me to listen to my authentic voice.

I wanted to wait until I could tour again to release music, but I don’t think that will happen for a while, so I bit the bullet and decided to do it now!

Next, I have a music video for “Cold Hands” being released on September 3rd! I am super excited about it and think it’s going to be a cool visual for the song.

After that, I have another two singles that I will be releasing in the next few months that I am so excited about!! I am excited where my music is going and can’t wait for people to hear everything I have been working on.