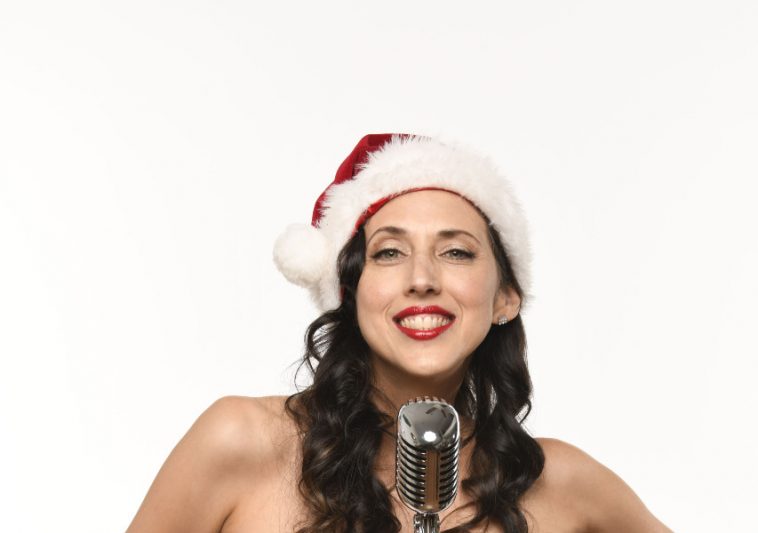 Talking about My Favorite Holiday, Vonne shares, “What makes this release special is that this album is a Christmas miracle. During the COVID lockdown, I did Facebook live performances every week to raise money for the San Antonio food bank. I was profoundly moved by the generosity of spirit my fans, friends, and family showed in my grassroots efforts.  Together we raised over $11,000. Enough to provide over 75,000 meals. When I reached out to my musical warriors, they said, ‘yes’ along with my fearless producer Rick Del Castillo whose herculean efforts and talent truly made this album possible.”

She adds, “This is a gift to my family, friends and loyal fans around the world, who have given me courage, lifted me up, and supported me on my musical journey.”

Her other filmmaking and acting achievements include many other awards from international film festivals.

CelebMix spoke with Patricia Vonne to discover more about the person behind the music, how she connected with Rubén Blades, and the inspiration for “Los Posadas.”

‘Las Posadas’ commemorates the journey that Mary and Joseph made from Nazareth to Bethlehem where Jesus would be born. I wanted to write a song and make an animation video that families could enjoy and especially, young children. It’s how I remember the story being told to me by my beloved parents.

How did you come to connect with Rubén Blades?

It was through my sister-in-law and film producer, Elizabeth Avellan, that I met Ruben Blades and we connected over our shared love of music, art, and coffee. Providentially, he was filming in Austin the very week I was recording the song. I reached out to him about singing a duet for ‘Las Posadas.’ He carved out time in his busy schedule and recorded the song in NYC. He surprised me and sent it back having added a verse he’d written which mentioned me in the lyrics – “Con Patricia yo te invito” (with Patricia, I invite you). I fell to the floor in tears. I was so moved and grateful.

What do you want viewers to take away from the video?

I hope this animation video brings joy, inspiration, and Christmas cheer to everyone around the world for years to come. I especially love the final scene in the manger where Rubén and I are joyously dancing along with Mary, Joseph, Baby Jesus, and the livestock.

You’ve won many awards at a variety of film festivals. Is there one that means more to you than the others?

Taking home the Best Animation award in my ancestral land of Spain was a highlight and I feel so blessed.

Growing up as a 9th generation Tejana, one of my favorite childhood memories is my mom teaching my 9 brothers and sisters harmonies to her favorite Mexican folk songs.

It was important to me for all my albums to be original music and bilingual. This was my way of celebrating my Latina heritage. I love rock n roll with castanets! I describe my music as Castilian and Mexican infusions of flamenco and fiery gypsy guitar meets all- American rock ‘n’ roll. ¡Óle!

What inspires your writing?

Do you draw inspiration from poems, music, or other media?

I always love to start with a title or a drumbeat.

What artists in your opinion are killing it right now?

I was astounded when I heard Wolfgang Van Halen’s debut album. Every song on it is a winner and he plays every instrument on the album. His dad would be so proud! My fellow Texan Amanda Shires just released a stellar album called ‘Take It Like a Man,’ and The Tiarras are an award-winning Latina power trio of sisters whose music celebrates unity, empowerment, and culture.

Success is your personal journey of achievements and contributions in life. Make it joyful, adventurous, meaningful, inspire others and make it count.

What can your fans look forward to over the next six months?

I am really excited to carry the Texas musical torch overseas in the Fall and reconnect with my audiences.

Any new material in the pipeline?

I’m excited to be writing new songs with my dear amigo Joe King Carrasco. We had written ‘Lil’ Lobo’ together from my 7th album and he recorded his version as well.  The music video was so fun to make that we decided to write more together.

Any live gigs coming up?

I’ll be touring Europe in the fall, but you can always check my website for a complete list of live dates.