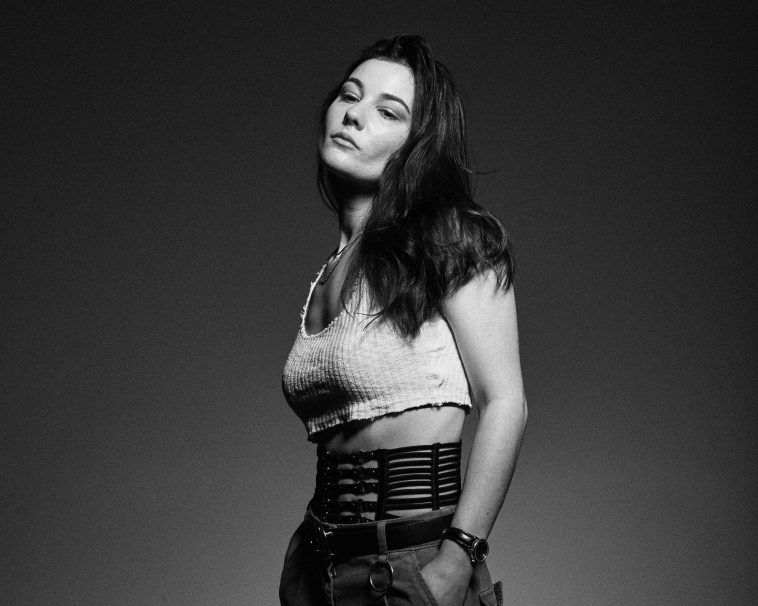 Australian – based in Manchester – pop artist Bella Ferraro came to prominence after appearing on season 4 (2012) of singing programme The X Factor, alongside industry heavyweights like Samantha Jade & The Collective, respectively. After that content came to an end, Bella went on to sign with Sony Music, release a couple singles and then fell into obscurity per se.

CelebMix had the chance to chat with Bella upon on her re-emergence, Bella’s new single ‘Her‘, Bella’s time away from the music industry, Bella’s creative process, and a couple of other things.

That being said, Bella tells CelebMix right away that during her hiatus from the spotlight she learned a lot about who she was as a person and also as an artist. “The most important thing I’ve learned is to trust in my ability and in my art,” she explains. “I’ve found that I’m far more capable than I’d previously given myself credit for.” In fact, Bella has also learned to accept her past and forgive herself for things that she might not have done if she had her time over again.

How are you at the moment?

I’m really good, thanks! My wisdom teeth are starting to come through so my mouth is a bit sore. I’m in a period of intense focus with my single release which I’m having a lot of fun with.

Congratulations on the release of your newest single! How does it feel to have ‘Her’ out?

Thank you! It’s amazing – I wrote the first demo for Her a year ago and to see the project flourish into what it is now makes me feel quite proud. It’s come a long way.

What is ‘Her’ about?

Her is about an intimate relationship approached with contrasting perspectives. While these perspectives are opposed, they are similarly unrealistic and serve as emotional barriers for both parties.

The melody is the first thing that came to me, clear as day. I then used Ableton to produce a beat around that melody. I wrote the lyrics last, as I usually do. It took me a while to figure out what I wanted the lyrical concept to be and the song could have turned out very different had I pursued some of my drafted ideas. Once I’d finished writing lyrics and figured out the structure, I enlisted the help of my good friend Zepha to polish my production. We then had a few sessions together in his studio so that I could re-record my vocals.

I had so much fun writing Her. I remember the elation I felt at how much easier it was to produce than my previous demos. My production, while very much still amateur, has definitely improved since and including the creation of Her.

I wrote the song about my last relationship while it was still in its early stages. In a way, it helped me to make sense of what I was experiencing. I learned a lot about myself throughout its creation.

have been writing music fairly solidly for the last five years – it’s an intrinsic part of how I express myself. However, the ease and joy of writing Her was the pivotal moment for me in deciding to release music publicly again.

filmed a music video for Her a couple of weeks ago that is currently in post production. I’m also finalising my EP and making plans to release a second single.