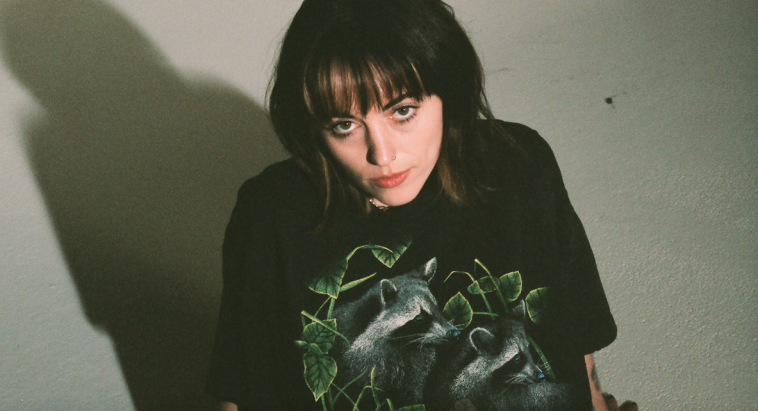 With the release of her highly-anticipated sophomore album ‘I Blame The World’, acclaimed singer-songwriter Sasha Alex Sloan channels all of her consequential feelings about love and life into her music, to produce a deeply personal collection of 11 songs that are sure to resonate with people around the globe.

Serving as the follow up to 2020’s critically acclaimed ‘Only Child’, the all encompassing record finds the American star is a state of pure self-reflection, as she ponders and begins to process key events in her life that have lead her to where she is today.

“This album was written while I was in a dark place.” Sasha says when explaining the origins of the record. “I started looking more outward than inward and that’s where the theme of the album stems from. I wanted to express how I was feeling lyrically, while sonically creating a landscape that felt fun.”

To find out more, we caught up with Sasha to talk the healing power of music, her exciting plans for the future and how she’s finally learning to embrace all aspects of her personality and self…

Congratulations on the release of ‘I Blame The World’ – how does it feel to be once again sharing new music with your audience?

It feels great to finally have the music out there! Weirdly it still feels like any other day, but I think it’ll start to feel real once I start touring.

As you tentatively began working on this project, did you have an idea or concept in mind for the kind of record you wanted to make this time around?

Yes and no. I knew I wanted it to talk about how I was feeling at the time – which was pretty depressed, but I wasn’t quite sure how I wanted to present it. It started off more folky, but as the album progressed I was craving tempo. My favourite songs are ones that feel happy, but are lyrically sad and that’s what I tried to do with this record.

There’s no mistaking that events of the last two years have inspired your songwriting – did having something to focus on during that period of isolation provide you with some sort of comfort and purpose?

Not really (laughs). I think I went into a pretty deep depression and there wasn’t much that could drag me out of it! The only other time I’ve ever felt that low was in high school and it’s not something I recommend.

The album opens with a beautifully written poem that’s delivered as a sort of stream of consciousness… as you lay your soul bare, and speak aloud some of the same thoughts and feelings that we believe a lot of us have to – how daunting is it be so open, and so honest on record?

Oddly enough it doesn’t feel daunting. I think songs like “intro” on the album are my favourite things to write. When I’m able to create something that speaks so truly to how I’m feeling and then see other people connecting to it… it’s the best feeling ever.

I would imagine there’s something quite cathartic, and almost healing in writing such deeply personal songs?

Yes it’s super cathartic, but oddly I didn’t feel that emotion until I had finished writing it all! And I think that’s because I was in such a dark place when I was making the record, that nothing could really make me feel better. But recently I listened back through the album, and it was weirdly comforting.

The album’s title track is an absolute BOP! – its infectious beat provides some sort of light relief despite its purposeful negative lyric. What inspired you to write such a clever, and intelligent pop song?

Thank you! It was one of those songs that just poured out. Not every song happens that way but I’m glad this one did!

Whilst it’s clear you’re coming from a place of strength on this album – with a lot of the songs written from a place of self-acceptance – there’s still a sense of vulnerability and fragility that runs throughout each of the songs (which is a strength in itself). How important is it for you to share all aspects of your personality with your fans?

It’s really important. Everyone is multifaceted, and I wanted to show different sides of my personality… I’m not always just sad (laughs).

The record really captures that special moment in time, where a person comes into their own and transitions into the next phase of their lives – what do you hope people take away from listening to these songs?

Aw thanks! I really hope people listen to this album and feel less alone in some way. I also hope they have fun!

You’re set to head out on tour this summer – how excited are you to be back on stage?

I can’t wait!! Seriously it has been so long since I went on tour I am beyond excited to play live again. I have missed it so much.

Aside from the tour, what else have you got planned for the rest of the year?

I just plan on making more music, and hanging with my dogs and fiancé.

‘I Blame The World’ is out now.

Let us know your thoughts on Sasha Alex Sloan over on Twitter @CelebMix now!