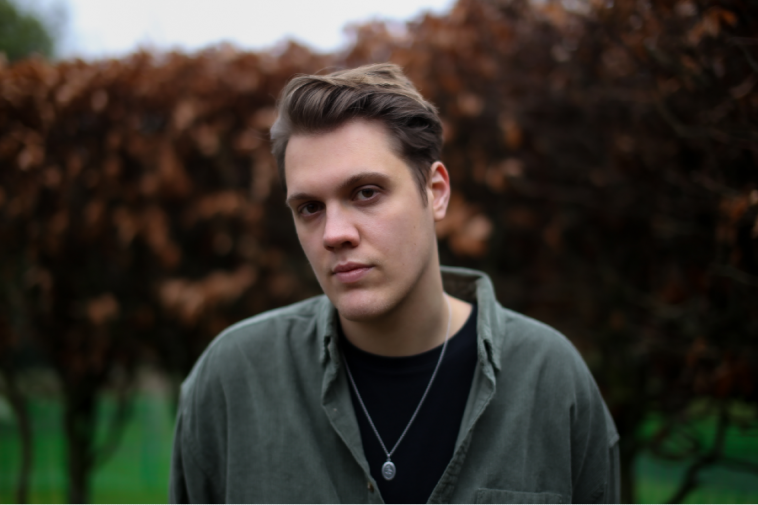 London-based singer-songwriter St Lundi releases his brand-new single, “Nights Like This,” a track lifted from his forthcoming EP.

Originally from a small island on the South Coast, a location not conducive to a music career, he decided to move to London, sans plans, money, or friends. Once there, he discovered a whole new world, participating in writing sessions and entering recording studios.

St Lundi explains, “I grew up on a small island where the career in music that I had always dreamt of doing didn’t seem possible. So, I decided to take a bit of a spontaneous leap of faith and travel to London one night in hope to pursue that, and I’m very glad I did!”

His big break arrived when he was inadvertently introduced to Norwegian electronic star Kygo, which led to the two collaborating on “To Die For,” unexpectedly thrusting St Lundi into the limelight when the song charted on Billboard and amassed more than 13 million streams.

He followed by collaborating with Seeb, co-writing “Colorblind,” collecting over 7 million streams on Spotify. Subsequent solo releases, such as “Learn to Let Go” and “You’ve Got the Wrong Guy,” established St Lundi as an ascending artist.

CelebMix spoke with St Lundi, plying him with questions about the inspiration for “Nights Like This,” his influences, and his writing process.

I wrote ‘Nights Like This’ about my first date with my girlfriend, Josefine. I’ve always been someone that finds conversation a little bit awkward, but I found that it became effortless when I met Josefine. The song is about finding an instant connection with someone.

Which singers/musicians do you count as influencing your sound?

I would say my biggest influence is Coldplay. I have always been a huge fan of the melodies/lyrics they write and the way they’ve changed their production sound over the years. I also love artists like Bon Iver, JP Saxe, and LEON.

I think my sound naturally developed over time. I only used to write alternative acoustic music, similar to the likes of Bon Iver and Ben Howard. Although I still listen to music by these artists, I have grown to love pop melodies, especially when combined with a raw production sound. Meeting my girlfriend last year and falling in love for the first time has inspired a lot of love songs, as you can imagine.

I have loved music from a young age. I used to really love watching a DVD of The Rat Pack performing on stage and hoped I could one day do the same. My mum would play a lot of music in the car on the way to school. Damien Rice, David Gray, and Gabrielle were a few of those we would listen to. Those albums hold a lot of nostalgia for me. When I was 12, I finally got a guitar for Christmas and began playing for hours every day, but it wasn’t until I was 20 that I first tried singing.

Which artists are you listening to now?

Lots of things inspire my writing. Sometimes I can be running in the gym or cooking at home and a melody will pop into my head, so I usually grab my phone and do a voice note of what I’m hearing. Lyrically, watching tv shows, movies, going on walks, talking to friends and family is all really inspiring. Someone might just say a word I haven’t heard in a while or explain an emotion and I wonder if there’s another way it could be portrayed. I think imagination is really important when writing lyrics.

I always used to sit with my guitar and come up with an idea or use an idea I had recently thought of. I have been teaching myself how to play piano since April 2020 and that’s opened up a new world of songwriting for me. If I’m ever struggling to find the melody or lyric, I often transition from guitar to piano and often even changing the key of the song to see what door that opens. One thing I try to remember at all times and keep present is that writing music should always be something I enjoy doing. A lot of that comes from the people I work with and fortunately so many people in the music industry are incredibly kind and so good at creating an environment that feels like everyone’s ideas are welcome.

New music can always be expected! I am so excited about the music I am writing at the minute and I’m learning so much every day from the amazing people I get to work with. I have two shows coming up! I am playing at Reeperbahn Festival in Hamburg on 22nd September and then playing my first ever headline show in London on 28th September at a venue called Laylow. These two shows are my first as St. Lundi, as I released my first single a week before the UK went into lockdown – which is crazy to think!