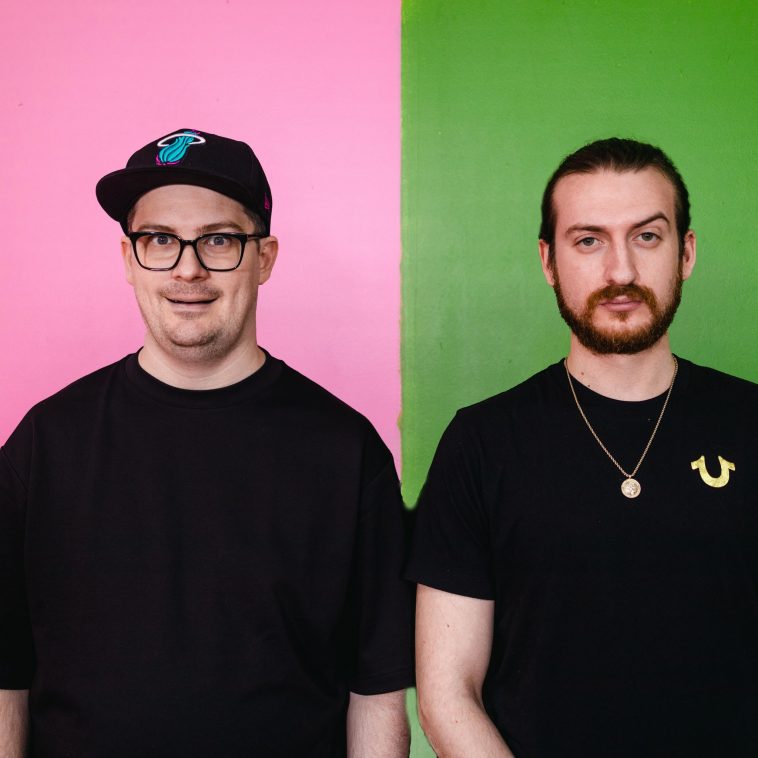 We had a chance to chat with the house duo Truth x Lies. Cohesively centering their identity around a concept that colors their sonic output, Truth x Lies has captured dance music fans with their unique sound design, balancing the act of old-school and new-school.

Blending the sounds of dark, stimulating tech-house, and a light, more modern tech-house, their production knows no boundaries. In addition to their stellar production, Truth x Lies release catalog has racked up an impressive 12 million streams across all music platforms and has garnered attention from the likes of Zeds Dead, AC Slater, Tiësto, and more.

We asked Truth x Lies about their latest single “Like This,” how their creative process looks like, and what are their plans for the future!

Hey, Truth x Lies! Welcome to CelebMix! For those from our audience who are not familiar with you, could you introduce yourself?

Absolutely! We are Ian & Ryan, two music producers & DJs based in New York City. We’ve been writing music and DJing together as Truth x Lies since 2014. We’ve been lucky enough to spend the past year touring for our first time and it’s been amazing.

Congrats on releasing your new single, “Like This,” can you tell us a little bit about this single? What’s the story behind it, and what inspired you to write it?

We’ve been wanting to do a track that has a recognizable vocal for a while since almost everything we’ve made in the past year has had original vocals. We’ve also been experimenting with keeping the track simple but with some more unique sounds. It came out amazing and so far, the support has been great.

We really enjoy writing music. Writing music and getting to see people enjoy that music during our shows makes this all worth it for us. We spend a lot of time together in the studio since we live close to each other, so at least one or two nights of the week we’re writing music together. Our sound is unique to us. I would classify it as tech house, but I think over the years we found our own lane, and it is constantly evolving. It’s edgy house music that can swing from aggressive to groovy, but it will always sound like Truth x Lies.

What are some of the advantages and disadvantages of working as a duo? Are you guys planning / considering solo careers?

The best part for us is that we’ve been friends since before we started doing Truth x Lies. We get to bounce stuff off each other where most solo producers/DJs have to ask around a lot for feedback. Also, traveling solo sucks, so it’s also an added bonus (although flights are way cheaper as a solo act). It’s possible for us to have solo careers but right now we are really focused on continuing to grow as Truth x Lies because we have so much down the pipeline that we’re excited to share.

Recently, you have collaborated with Josh Tobias, and TELLER. What are some other artists you would like to work with?

I think long term it would be great to work with someone like Kaskade, Chris Lake or Gorgon City. They just seem to get some of the catchiest vocals every time and make you feel something with their music. Some of the other artists we look up to like John Summit, CID, Noizu, Martin Ikin, and Biscits are definitely bucket list collaborations.

What are your plans for the rest of 2022? Any new releases, gigs?

Loads of new music. We have some special releases coming in the next few months that we are excited to share. We’re also playing Electric Zoo in New York City on Labor Day weekend and that’s a bucket list festival. It’s our hometown festival, and it was the first festival that both of us attended as fans. Crazy to think we’ll be attending this year, but as artists.