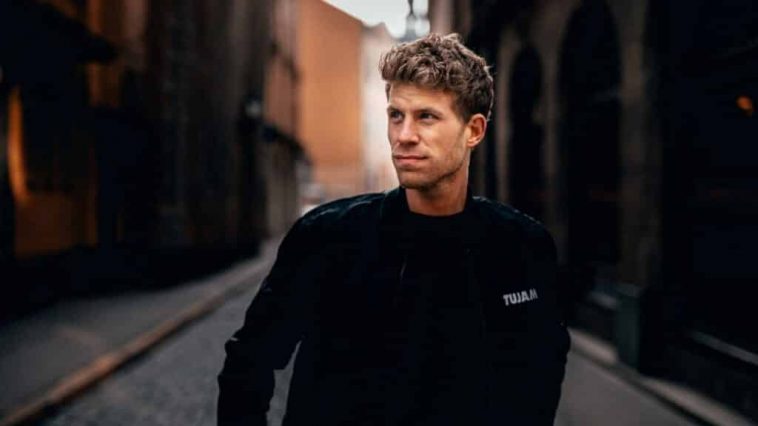 Tujamo is light years ahead of the crowd. His timeless collaborations with the likes of Steve Aoki, Dimitri Vegas & Like Mike, Kid Ink, Taio Cruz, Salvatore Ganacci & Laidback Luke amongst others have given him a global sound that inspires hundreds of producers around the world. He has racked up more than 500 million streams on Spotify, reached the Beatport #1 spot 14 times and even scored 33 Beatport Top10 tracks.

Tujamo’s remix work includes Justin Bieber, David Guetta, Tiësto, Major Lazer, Skrillex & Diplo, Nicki Minaj, Robin Schulz, Lil Wayne and Hugel. Whilst his tour schedule takes him to the biggest festivals around the world from Creamfields to Tomorrowland. Tujamo took some time out of his busy schedule to chat with us about all things involved.

Hey Tujamo, your recent single ‘Clap Your Hands’ with JØRD has been doing crazy numbers with names including Steve Aoki and Dimitri Vegas & Like Mike giving you support, what was your inspiration for the track? Ho do you feel with such high peer performance?

When I saw how many huge stages and events I was gonna play after Covid, I wanted to come back with a real festival banger and I wanted to be 100% prepared. “Clap Your Hands” was a good add on to my sets and I’m happy it’s finally out!

What is most fulfilling to you as a DJ/Producer?

Tujamo: For me it’s the feedback you get from the crowd when you’re on stage. This feeling is impossible to describe – but on the other hand so needed for the whole process of being productive in the studio again and again. This feeling keeps me going for years now and this is what it´s all about for me!

What advice would you give young producers?

Tujamo: Try to find your own sound and stop copying famous producers. I think if you really wanna stick out of the mass of young producers you need to find something new, something fresh. I know it’s not easy… but it’s gonna be worth it – even if it takes longer.

How do you think, navigating this new age of media, new producers can make themselves seen?

I think social media is amazing for new producers,. the more creative you are the bigger the chance to be seen. It’s not only the music anymore these days, a social media hype is also kinda needed almost but in the end: a hit will always be a hit. I think it can just go faster with social media.

We’ve also seen that you have a massive run of shows lined up for the Summer, what events are you most looking forward to?

Yes, it’s a busy summer! Of course, Tomorrowland, Untold, Neversea etc etc are the huge festivals I’m looking forward to – but also just being able to be back in some countries like Italy, Greece, Poland, France etc. I’m also looking forward to Parookaville festival in particular because it’s very close to my hometown and I’m gonna play the Mainstage again this year.

Since the pandemic, what is making you most excited about experiencing live music now? Are there any artists you’re tipping we should see?

It’s just so nice being surrounded by fans again. Before the „forced break“ I haven’t really realized how important this is.. but it really is! The whole connection is back and that’s the most exciting part for me. But besides that it’s awesome to see some collaegues and dj friends back behind the stage. Most of the guys I haven’t seen for a long time now and it´s just great seeing them again. Regarding newcomers of course there are guys like Acraze who became huge but also guys like Antoine Delvig you should keep an eye on!

Please tell us about your vibe in the studio and what you’re working on, what fans can expect?

I’ve just finished a bunch of songs for the rest of the year and I’m constantly working on more and more new stuff now. There’s a collab in the pipeline with Steve Aoki & Dimitri Vegas (3AreLegend) and many other very, very exciting things (which I can`t just yet reveal).. so I guess it will be a good year again.