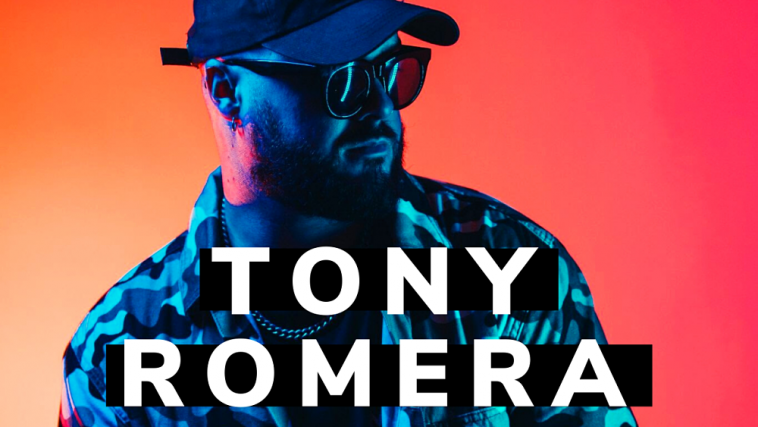 Tony Romera in person is exactly the same as the artist, as he is trying to stay true no matter what. Tony is a “stupid guy” in his own words, trying to be funny, and trying to make good music that people can feel what he did when he made it.

“I’ve always been in love with the creation of music and when I discovered production, I fell in love with that too,” Tony tells CelebMix at the top of our chat about his debut album. “Since then, I need to make music every day, it’s how I forget problems and when I’m in the moment, I feel really happy.”

Whilst Tony assures CelebMix he is feeling pretty good, 2020 was probably one the worst years for the music industry, so 2021 couldn’t be worse right? This is also the year Tony released his debut album, which you can listen to above, and he really excited about it!

“Thank you so much! To be honest, it feels so strange,” Tony expresses on the release of his debut album. “I kept this album to myself for a long time.”

“I started in March 2020, right after my first US tour and just at the start of the lockdown. I didn’t speak about the project to anyone until I finished most of the songs.”

“So it feels really good to finally have people’s thoughts on it,” Tony continues. “And really glad to see people love it so far.”

‘Introspection’ is about Tony Romera’s life, his family, his love, his friends. Tony decided to start it in March 2020, and he felt like people were going to be locked inside for a while, so he really thought it was the right moment to make an introspective piece of work.

These last couple of years, Tony has been working a lot, being on tour, away from his loved ones often, so, to finally be with them longer than just a few days, staying home with them, enjoying these moments was so amazing for him.

“I tried to transcribe that feeling into music,” Tony says. “I was really melancholic, and I didn’t see a crowd for a year and a half so it was the true moment to make something I love, without thinking about how the crowd will react when I test it at the next show. I think that’s why the tracks are more melodic than aggressive.”

This is an album Tony is really proud of, and really loved working on this project. It is safe to say that this was clearly the most interesting project Tony has worked on since his beginnings in 2009.

“I’m grateful that Monstercat gave me the opportunity to release it on their label without asking for many changes.”

In fact, Monstercat wanted this album to stay true to Tony’s story and to his process, and that is the type of relationship he really appreciates.

“It was so different, as I said, I had no expectations about a crowd reaction, so I was just letting the vibe take me,” Tony explains on the creative process. “Every day I went to the studio, it was my moment to forget about all the shit happening in the world, plus I had some personal problems during this time so it helped me pass through them.”

Tony is the type of person that when he doesn’t have any more words, he loves to speak with music.

On this album, Tony worked with the likes of Karina Ramage, Max Wessen, Seira, and other collaborators, which Tony assures CelebMix it was really cool and interesting!

“I don’t work as much with singers and songwriters usually so it was different for me, and so beautiful meeting them all,” Tony says. “They’re all so talented and I’m really glad they’re all part of this album.”

The whole album tells a story, so I would recommend listening fully from the beginning to the end.

To be honest, Tony made maybe 60 tracks or more during this past year, so he wished he could have released all of these songs in one album, but it was a bit too much.

“That said when I was working on something I knew right away if it was going into the album or if I’d release it later,” Tony adds.

With this album, Tony hopes people will understand his story, and just feel how he felt when he was writing it. And this year, he really wants to focus on this album at the moment, so he doesn’t know when he will release more music, maybe at the end of 2021, maybe early 2022, but he does plan to play this album to the maximum crowd he can. Also, he is doing his second US / Canada tour from September to November, and he couldn’t wait to play all the new music he has been working on!