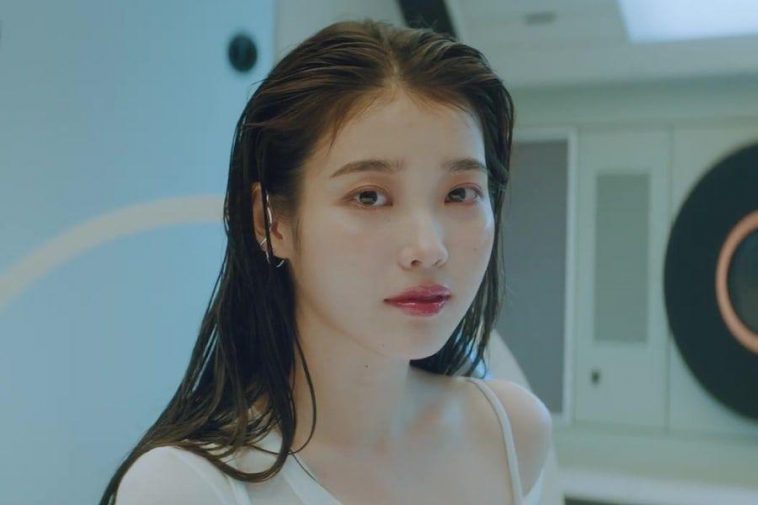 The most awaited collaborative single has finally been released. On May 6, IU dropped the official music video for “Eight”, a track for which she teamed up with Suga who not only produced it but also did a feature. El Capitxn, who has earlier worked with BTS for their songs participated in the composition and arrangement of the track.

The music video shows IU slipping into the memory hole as she tries to relive the moments from her past. Donning a beautiful white gown, she witnesses the life she has already lived and through time travel, meets her friends who are no longer with her. The song has upbeat music and contrasts well with the gravity of the subject matter discussed.

The song “Eight” talks about the deceiving nature of ‘forever’ and compares it with a sandcastle. It tells the listeners about the transient quality of life and how we all have “islands” of memory that keep our important moments intact for eternity. This single in a sense offers, both a closure as well as an assurance to the listeners.

Eight has already broken several records, including but not limited to the top position on iTunes and several music charts in South Korea. It achieved a real-time all-kill on Melon, Genie, Soribaba, Bugs, and FLO.

IU is the second soloist after Younha to top iTunes chart in the US. Younha achieved her number one with “Winter Flower”, a song for which she collaborated with RM. This chart domination is not just limited to the US though. IU’s new song has taken over the top position in over 50 countries and we are still counting.

The song is available on the YouTube and all the major streaming platforms.

What do you think about the song and the music video? Share your thoughts via tweet @CelebMix.